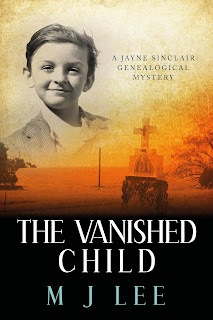 The Vanished Child
What would you do if you discovered you had a brother you never knew existed?
On her deathbed, Freda Duckworth confesses to giving birth to an illegitimate child in 1944 and temporarily placing him in a children's home. She returned later but he had vanished.
What happened to the child? Why did he disappear? Where did he go?
Jayne Sinclair, genealogical investigator, is faced with lies, secrets, and one of the most shameful episodes in recent history as she attempts to uncover the truth.
Can she find the vanished child?
This book is the fourth in the Jayne Sinclair Genealogical Mystery series, but can be read as a standalone
Every childhood lasts a lifetime.
Purchase Link - myBook.to/

What I Thought:
The plot of this story was very intriguing, but I found he writing style very hard to follow. The author is a very good author but as he is British, he wrote using British terms and sayings that I am not really familiar with. As for the story itself, it was very intriguing. Jayne is a genealogical investigator, something I am not familiar with at all, and she is approached by her step mother to help locate a long lost brother. This story was based on true events of British orphans being relocated to Australia and the brutal treatments the endured. I thought this was a fascinating read and was not what I am used to reading. There are more stories int his series, but this book can be read as a stand alone and even though it is a series, I was not lost. The author did a very good job describing the characters and the locations. If not for the writing language this would have been a fast-paced page turner. 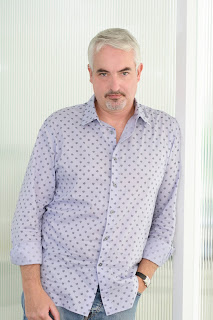 Author Bio – Martin has spent most of his adult life writing in one form or another. As a University researcher in history, he wrote pages of notes on reams of obscure topics. As a social worker with Vietnamese refugees, he wrote memoranda. And, as the creative director of an advertising agency, he has written print and press ads, tv commercials, short films and innumerable backs of cornflake packets and hotel websites.
He has spent 25 years of his life working outside the North of England. In London, Hong Kong, Taipei, Singapore, Bangkok and Shanghai, winning awards from Cannes, One Show, D&AD, New York and London Festivals, and the United Nations.
When he's not writing, he splits his time between the UK and Asia, taking pleasure in playing with his daughter, researching his family history, single-handedly solving the problem of the French wine lake and wishing he were George Clooney.
Social Media Links –
Website: www.writermjlee.com
Twitter - https://twitter.com/WriterMJLee
Facebook - https://www.facebook.com/writermjlee Posted by MelinaMason at 12:00 AM No comments: 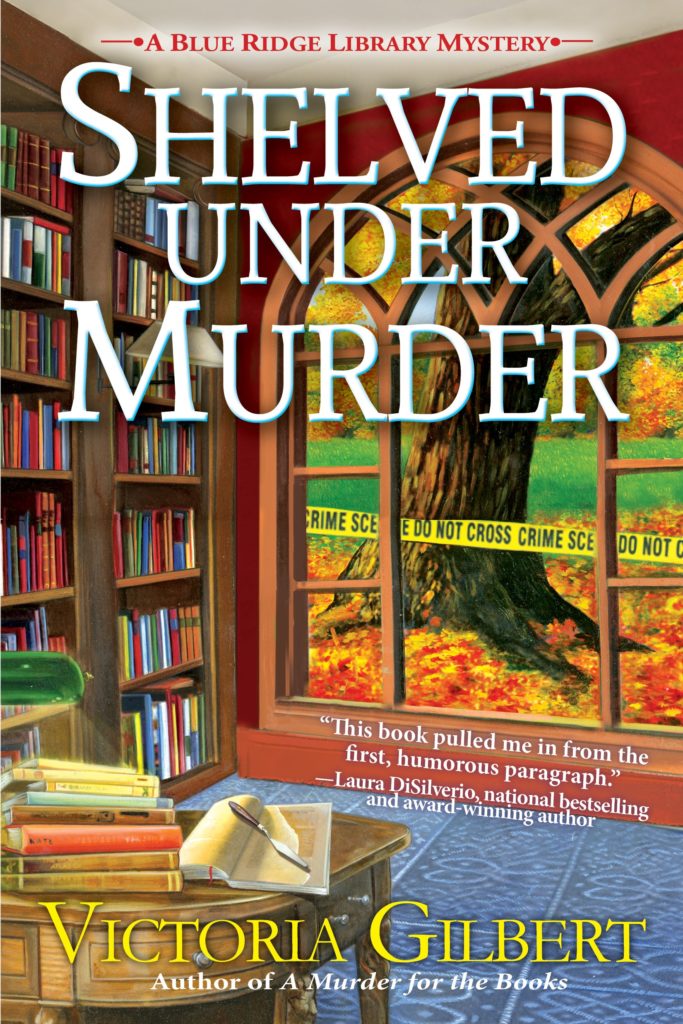 Autumn leaves aren’t the only things falling in the historic Virginia village of Taylorsford—so are some cherished memories, and a few bodies.

October in Taylorsford, Virginia means it’s leaf peeping season, with bright colorful foliage and a delightful fresh crew of tourists attending the annual Heritage Festival which celebrates local history and arts and crafts. Library director Amy Webber, though, is slightly dreading having to spend two days running a yard sale fundraiser for her library. But during these preparations, when she and her assistant Sunny stumble across a dead body, Amy finds a real reason to be worried.


The body belonged to a renowned artist who was murdered with her own pallet knife. A search of the artist’s studio uncovers a cache of forged paintings, and when the sheriff’s chief deputy Brad Tucker realizes Amy is skilled in art history research, she’s recruited to aid the investigation. It doesn’t seem to be an easy task, but when the state’s art expert uncovers a possible connection between Amy’s deceased uncle and the murder case, Amy must champion her Aunt Lydia to clear her late husband’s name.


That’s when another killing shakes the quiet town, and danger sweeps in like an autumn wind. Now, with her swoon-inducing neighbor Richard Muir, Amy must scour their resources to once again close the books on murder.

This is the second book in the Blue Ridge Library mystery series and this series just got a little better.  It is the time of year for the Heritage Festival and when a renowned artist is killed with her own pallet knife, the Sheriff's department recruit's Amy to help investigate. Another murder shakes the town of Taylorsford to the core and leaves everyone on the edge, so Amy has to work fast to solve the crimes. This book was very well written and flowed really well.  I enjoyed reading about this town as I live close to the Blue Ridge Mountains of VA.  I thought the plot was well thought out and very believable.  There were enough suspects to keep the story interesting but not too many to make the story overwhelming.  I look forward to visiting Amy and Taylorsford again soon.

Victoria Gilbert, raised in the shadow of the Blue Ridge Mountains, turned her early obsession with reading into a dual career as an author and librarian. She has worked as a reference librarian, research librarian, and library director.


When not writing or reading, Victoria likes to spend her time watching films, gardening, or traveling. She is a member of Sisters in Crime, Mystery Writers of America, and International Thriller Writers, and is represented by Frances Black at Literary Council, NY, NY.


Victoria lives in North Carolina with her husband and some very spoiled cats. This is her first Blue Ridge Library mystery. 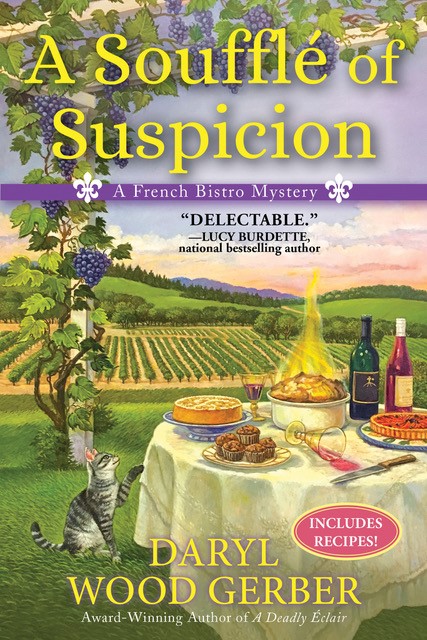 The buoyant mood at Bistro Rousseau deflates when Chef Camille’s sister, Renee, turns up dead in the chef’s kitchen, and Mimi Rousseau must tease the real killer out of a mélange of menacing characters.


Crush Week in Nouvelle Vie is a madhouse—in a good way. Tourists pour into town for the pressing of the Napa Valley’s world-renowned grapes and all the town’s businesses get a nice lift, including Bistro and Maison Rousseau. Mimi is raising the ante this year with a Sweet Treats Festival, a wonderland of croissants, cakes, tarts, and soufflés crafted with expert care by the area’s top talents.


Chef Camille’s sister Renee is managing the festival with a cast-iron fist, upsetting everyone, including her sister. Which is bad for Camille when Renee turns up dead in the chef’s kitchen. Mimi is still building her business, so her first course of action is to whip up answers and catch the unsavory perpetrator before Camille takes a dusting and gets burned.


This is the second in A French Bistro Mystery and it was just as good or better than the first.  Like in the first novel, there were a lot of characters to try to keep straight, therefore, making for a lot of suspects.  It is the time of year for the pressing of Napa Valley's grapes and Mimi has decided to have a Sweet Treats Festival which is being managed by Renee, Mimi's chef, Camille's sister.  Renee makes some enemies and turns up dead in the kitchen of the Bistro.  This was a fast-paced read that kept my attention from the beginning.  Like I mentioned, there were a lot of characters to keep straight, therefore making it hard to pinpoint who the killer was.  The writing was superb and the plot well thought out.  I enjoyed revisiting the town and characters of this well-written series and I look forward to more in this series. 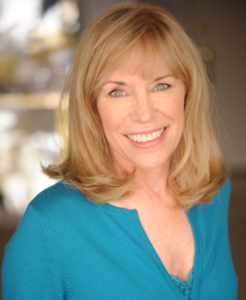 Murder Made to Order 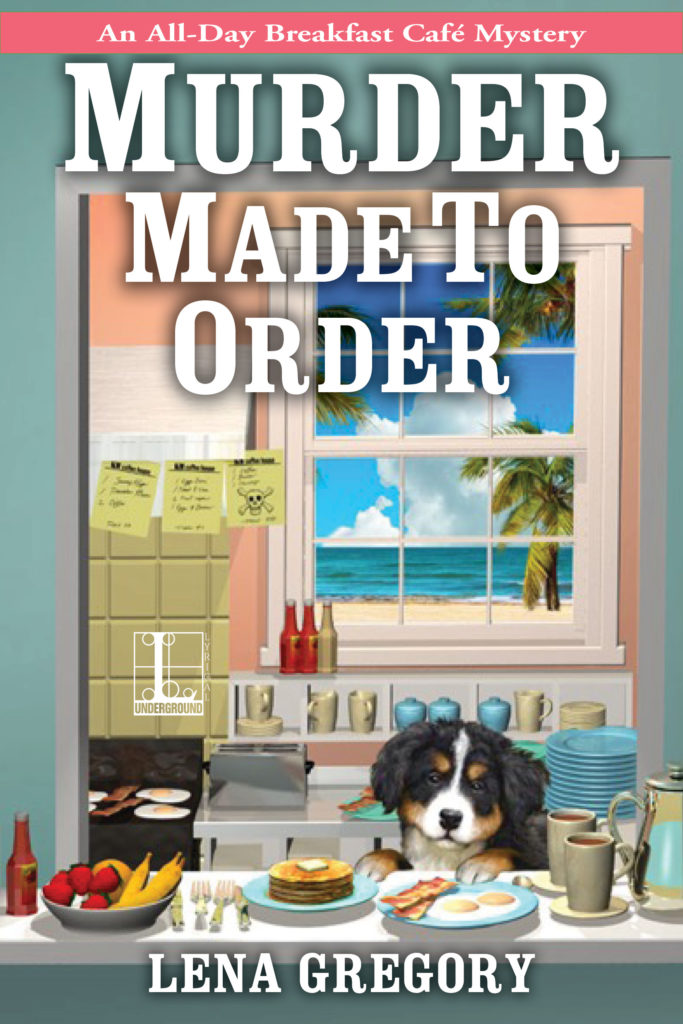 To save her cozy Florida diner, Gia Morelli must choke down a heaping helping of murder . . .


New York native Gia Morelli is just getting used to life in Florida when she gets word that the town government wants to shut down her pride and joy: the charming little diner known as the All-Day Breakfast Café. A forgotten zoning regulation means that the café was opened illegally, and hardboiled council president Marcia Steers refuses to budge. Gia is considering hanging up her apron and going back to New York, but before she gives up on her dream, she discovers something shocking in the local swamp: Marcia Steers, dead in the water. There’s a secret buried in the books at town hall, and someone killed to keep it hidden. To save her café and bring a killer to justice, Gia and her friends will have to figure out a killer’s recipe for murder . . .

The was the second installment in the All-day Breakfast Cafe Mystery Series and it was just as good as the first in the series.  It was nice visiting with Gia and her friends again.  In this one, Gia is out for a walk and stumbles upon the body of a woman who wanted to talk to her the day before about a zoning regulation.  So Gia has to prove that she did not kill the council president and also find out what secrets are at the Town Hall.  I really enjoyed the read the writing was superb and made the story flow very well.  The plot was very well thought-out and believable and I was left guessing up to the very end.

Lena Gregory lives in a small town on the south shore of eastern Long Island with her husband and three children.


When she was growing up, she spent many lazy afternoons on the beach, in the yard, anywhere she could find to curl up with a good book. She loves reading as much now as she did then, but she now enjoys the added pleasure of creating her own stories.