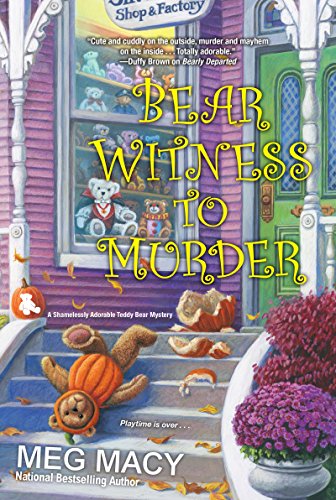 
Silver Bear Shop and Factory manager Sasha Silverman is cozying up to the fall season by hosting Silver Hollow’s Cranbeary Tea Party, the opening event of the village’s Oktobear Fest—a too-cute celebration themed around teddy bears. She barely has a moment to agonize over the return of her former high school rival, Holly Parker, whose new toy and bookstore in town could spell big trouble for the Silver Bear Shop and her cousin’s small bookstore . . .


But when Sasha discovers Holly’s shop assistant dead with a knife plunged in her body, the unpleasant woman suddenly looks like a real backstabber. So does Sasha’s ex-husband, rumored to have rekindled the fiery extramarital affair he once had with the victim. Now, before a gruesome homicide case takes the fun out of both the Fest and her personal life, Sasha must identify the true culprit from a daunting suspect list—or risk becoming as lifeless as one of her stuffed bears . . .

This is the second installment in the Teddy Bear Mystery Series and it was as good as the first one.  This installment again returns to the town of Silver Hollow, MI, where Sasha and her sister, Maddie run the local teddy bear factory and shop.  To kick off the Oktobear Festival, they help host a Cranbeary tea.  There they run into an old High School nemesis of Sasha's , Holly and her assistant.  When Sasha finds Holly stabbed the next morning, she becomes a suspect so she has to find the real killer to clear her name.  This book was well written with an intriguing plot that kept my attention from the beginning.  There were some twists and turns that kept me guessing up until the very end.  I am looking forward to visiting Silver Hollow again, not only because Ms Macy is such a talented writer, but because I love teddy bears as much as I love cozy mysteries. 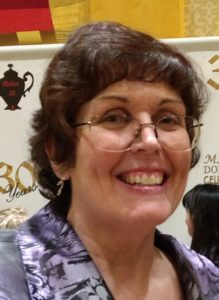 
May 24 – Mysteries with Character – AUTHOR INTERVIEW


May 28 – The Book's the Thing - REVIEW, CHARACTER INTERVIEW


May 30 – Escape With Dollycas Into A Good Book – REVIEW


May 31 – The Pulp and Mystery Shelf – CHARACTER INTERVIEW

Have you signed up to be a Tour Host?