A Home at Honeysuckle Farm 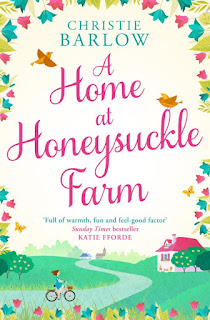 A Home at Honeysuckle Farm
A family secret
One shocking argument and ten-year-old Alice Parker’s world was turned upside down. Her peaceful life at Honeysuckle Farm in the quiet rural village of Brook Bridge swapped for the bustling metropolis of New York City. Alice’s life was changed forever…
A second chance
Now, thirteen years later, Alice’s American dream is over. With her life in tatters, there is only one place Alice wants to be… home at Honeysuckle Farm. So, when Alice learns her beloved Grandie is ill, she knows this is her last chance to heal the family rift.
A forever home?
But secrets still swirl in Brook Bridge, and Alice is no closer to discovering the truth. And for some reason her new friendship with local heartthrob Sam Reid seems to be making the locals tense.
Sick of the lies Alice knows it’s time to lay the past to rest once and for all. But could the truth ruin her hopes of ever calling Honeysuckle Farm home again? 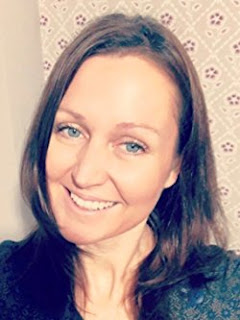 About Christie Barlow
​
Christie Barlow is the author of A Year in the Life of a Playground Mother, The Misadventures of a Playground Mother, Kitty's Countryside Dream, Lizzie's Christmas Escape, Evie's Year of Taking Chances, The Cosy Canal Boat Dream and A Home at Honeysuckle Farm. Her writing career came as somewhat a surprise when she decided to write a book to teach her children a valuable life lesson and show them that they are capable of achieving their dreams. The book she wrote to prove a point is now a #1 bestseller in the UK, USA & Australia.

Christie is an ambassador for @ZuriProject raising money/awareness and engaging with impoverished people in Uganda through organisations to improve their well-being as well as Literary Editor for www.mamalifemagazine.co.uk bringing you all the latest news and reviews from the book world.

This was a charming story that had me enthralled. Christie Barlow really described the sitting of Honeysuckle Farm so well, that I actually felt like I was there. The plot line was very well developed and believable. Alice is returning to Honeysuckle Farm after she had to leave it 13 years ago because her Grandie is not doing well and she wants to see him possibly for the last time. This was a story of second chances and it was wonderful to see how Alice developed throughout the story. This was my first Christie Barlow book, but I hope it is not the last. 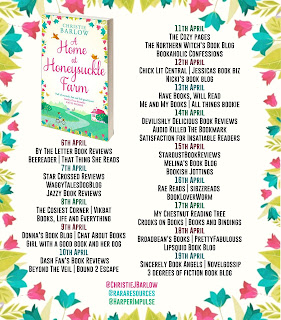