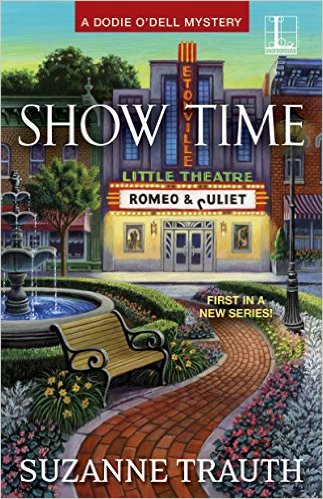 The tide has turned for Dodie O’Dell since a hurricane upended her life on the Jersey Shore. Now she’s further up the coast in sleepy Etonville, managing a restaurant that dishes dinners themed around the community theater’s latest productions. But Dodie just never imagined she’d land the starring role in a case of bloody homicide . . .
Intrigued by rumors of vanishing box office money, Dodie has agreed to help oversee the casting of Romeo and Juliet at the modest Etonville Little Theater. If nothing else, it’s a welcome escape from the thirty-something’s usual going-to-bed-with-a-mystery-novel routine. But when Jerome Angleton, a well-respected member of the theater company, is inexplicably found murdered on the loading dock, deadly drama transcends the stage—and the page. As a crime wave crashes over the small town, the spotlight is on Dodie to orchestrate her own investigation behind the scenes . . . before someone has a chance at a killer encore.

This one started out a little slow and it took me a little bit to get into, but when I did, I thoroughly enjoyed it.  I enjoyed the sitting and the characters.  I thought it had a good plot and it was well written.  Dodie is helping to cast for the local production of Romeo and Juliet, when one of the actors is murdered, of course she has to get involved.  This one kept me guessing and there were many twists and turns.  This was a great first in a series and I look forward to more. 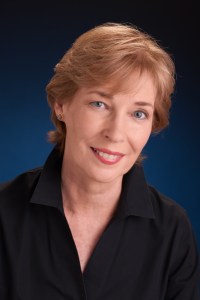 Suzanne Trauth is a novelist, playwright, screenwriter, and a former university theatre professor. She is a member of Mystery Writers of America, Sisters in Crime, and the Dramatists Guild. When she is not writing, Suzanne coaches actors and serves as a celebrant performing wedding ceremonies. She lives in Woodland Park, New Jersey. Readers can visit her website at www.suzannetrauth.com.