Flipped for Murder by Maddie Day 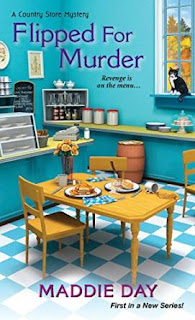 In this freshly baked series, author Maddie Day lifts the lid on a small town in southern Indiana, where a newcomer is cooking up a new start–until a murderer muddles the recipe…
Nursing a broken heart, Robbie Jordan is trading in her life on the West Coast for the rolling hills of southern Indiana. After paying a visit to her Aunt Adele, she fell in love with the tiny town of South Lick. And when she spots a For Sale sign on a rundown country store, she decides to snap it up and put her skills as a cook and a carpenter to use. Everyone in town shows up for the grand re-opening of Pans ‘n Pancakes, but when the mayor’s disagreeable assistant is found dead, Robbie realizes that not all press is good press. With all eyes on her, she’ll have to summon her puzzle-solving skills to clear her name, unscramble the town’s darkest secrets, and track down a cold-blooded killer–before she’s the next to die…

This was a very entertaining books.  I loved how Maddie wrote the dialogue of the some of the characters in the dialect that they actually speak in.  That made the characters seem more real to me.  This was a great cozy because it left me guessing the whole way through.  I also enjoyed the quirky characters that inhabit the town of South Lick.  They all had a good motive for the murder.  I liked the main character, Robbie, and I can't wait to find out if she gets to have a relationship with her father.  I will definitely be visiting the town of South Lick again. 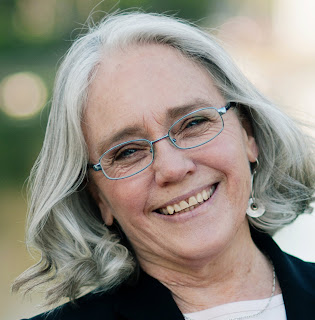 MADDIE DAY (aka: Edith Maxwell) is a former farmer of a certified organic farm, holds a Ph.D. in Linguistics, and is a member of Sisters in Crime and Mystery Writers of America. Her short stories have appeared in the anthologies Stone Cold, Fish Nets, Burning Bridges, Thin Ice, Riptide, and The Larcom Review. She lives with her beau and three cats in Massachusetts, where she’s currently working on her next Maddie Day mystery when she isn’t out gardening.