Thoreau in a Phanton Bog 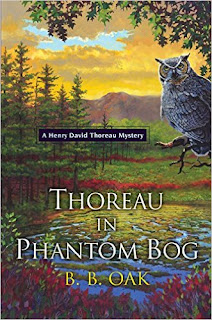 Henry David Thorea’s impassioned activism in the Underground Railroad leads him away from the banks of Walden Pond into a morass of murder…
In the spring of 1848, Thoreau returns to Plumford, Massachusetts, in search of a fellow conductor on the Underground Railroad, who has gone missing along with the escaped female slave he was assigned to transport. With the help of his good friend, Dr. Adam Walker, Thoreau finds the conductor—shot to death on a back road.
When the two men discover that Adam’s beloved cousin Julia has given the slave safe harbor, their relief is counterbalanced by concern for Julia, who has put herself in grave danger. Another conductor has been murdered in a neighboring town and a letter has been found from someone claiming to have been hired to assassinate anyone harboring fugitive slaves. With all of them now potential targets, the need for Thoreau and Adam to apprehend the killer is more urgent than ever…

This is the first time I have heard of this series, but there are two more books in the series before this one.  I didn't really need to read those first two to understand what was going on, but it would have been nice to have read them.  The writing of this story was superb.  Sometime, historical cozy mysteries can be a little tedious, but this one was really good.  It flowed well, which made it easy to understand and read. 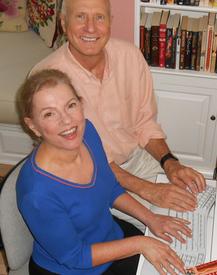