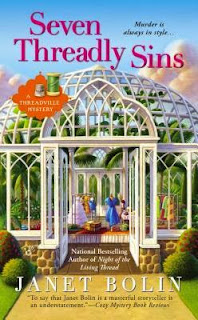 Fashion turns killer in the latest novel from the national bestselling author of the Threadville mysteries…
Threadville, Pennsylvania, is famous for its fabric, needlecraft, and embroidery, so it’s only natural that it would become the home of the Threadville Academy of Design and Modeling. While Willow Vanderling has certainly never wanted to be a model, here she is, voluntarily strutting her stuff in a charity runway show in outrageous clothing, all to support the Academy’s scholarship fund.
But the lascivious, mean-spirited director of the academy, Antonio, is making the fashion show a less-than-fabulous affair. After Antonio plays a shocking prank on Willow and her friends that doesn’t exactly leave the ladies in stitches, he mysteriously winds up dead—and someone is trying to pin the blame on Willow.
Now, she must do whatever it takes in order to clear her name, even if it means needling around in other people’s secrets…

I enjoyed visiting Threadville again, even though I do not sew.  I really enjoy this series, the characters, and the setting.  I really enjoyed this book, it kept my attention from the time I picked it up till I finished it.  I kind of thought I knew who the killer was, but Janet did a good job making me second guess myself.  Willow sure does get herself in some sticky, and stinky situations in this book!  Sometimes, I found myself laughing out loud (LOL). 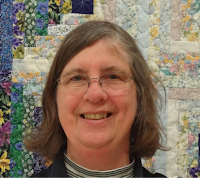 It Seemed Like a Good Idea at the Time

Later, it’s not always easy to pinpoint when things started going wrong. When did our plans begin to slither away from our original vision? Was there a moment in time when we could have pulled back, rearranged, headed in a slightly different direction, averted a tragedy?

Take Willow in my latest Threadville Mystery, SEVEN THREADLY SINS. When Willow was first asked to participate in a charity fundraiser fashion show, she was enthusiastic. The money would go toward scholarships at the newly opened Threadville Academy of Design and Modeling.

The Academy’s director, Antonio, will provide Willow and her Threadville friends with sketches for the outfits they are to make and model in the show. Willow and her friends love to design and create their own clothes, but what could be better than receiving guidance from a real fashion designer?

However, the sketches Antonio gives Willow disappoint her. One outfit is gaudy, one is to be made in an unflatteringly dull shade of brown, one is ludicrous, and the fourth one would have to be glued to her skin to stay on. Maybe this is her first clue that the fashion show is not going to be quite everything she expected it to be…

She’s game, though, and tweaks the outfits to make them wearable. She’s happy to help raise scholarship funds, and the fashion show should be fun, shouldn’t it, even though she’s afraid she’ll do something clumsy or silly? At least it’s being held in a beautiful place, a conservatory brimming with tropical plants.

Before the fashion show’s dress rehearsal, Willow overhears something that could be another clue that things may not go as well as she’d hoped.

And then, during the rehearsal, it becomes clear that the staff at TADAM, including Antonio’s wife, do not like each other.

During the fashion show, Antonio’s narration is surprisingly imprecise. Shouldn’t a fashion expert mention at least a few details about the garments?

And then, after the fashion show is nearly over and Willow figures she’s gotten through it without making too many horrid blunders, Antonio stages an unpleasant prank.

But that isn’t all. The real trouble occurs during the post-show reception.

Antonio pinches one of the models. Willow has to prevent Mrs. Battersby, a friend’s rather crotchety mother, from clobbering Antonio. No one touches the man, but he collapses anyway. Suddenly the project that Willow eagerly embarked on has gone terribly wrong, and Antonio’s wife accuses Willow and Mrs. Battersby of murdering Antonio.

It’s too late to alter the tragedy, but Willow wonders what she could have said or done to prevent it in the first place…

SEVEN THREADLY SINS is the fifth book in the Threadville Mystery series. When Janet Bolin isn’t plotting all sorts of mayhem, she reads, writes, sews, plays with her embroidery machine, and walks her dogs on the shore of Lake Erie. 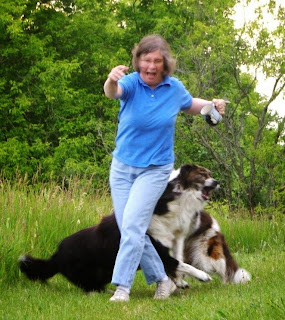