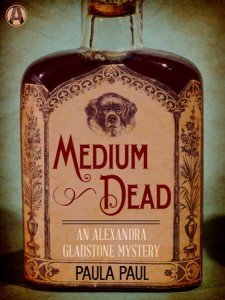 About Medium Dead
On Sale: April 14, 2015
Pages: 188
Published by : Alibi
Sure to delight readers of Jacqueline Winspear and Ellis Peters, Medium Dead features Queen Victoria herself—and she’s rumored to have slain a local psychic in Newton-upon-Sea. Now the task of clearing her name and catching the real killer falls to Dr. Alexandra Gladstone.
Under Victoria’s reign, women are barred from calling themselves physicians, but that hasn’t stopped Alexandra Gladstone. As the first female doctor in Newton-upon-Sea, she spends her days tending sick villagers in the practice she inherited from her father, with her loyal and sometimes overprotective dog, Zack, by her side.
After the corpse of village spiritualist Alvina Elwold is discovered aboveground at a church boneyard, wild rumors circulate through the charming seaside village, including one implicating a certain regal guest lodging nearby. Tales of the dead Alvina hobnobbing with spirits and hexing her enemies are even more outlandish—but as a woman of science and reason, Alexandra has no doubt that a murderer made of flesh and blood is on the loose.
Finding out the truth means sorting through a deluge of ghostly visitors, royal sightings, and shifty suspects. At least her attentive and handsome friend Nicholas Forsyth, Lord Dunsford, has come to her aid. Alexandra will need all the help she can get, because she’s stumbled upon dangerous secrets—while provoking a deadly adversary who wants to keep them buried.

Could Queen Victoria have been a killer?  That is what Alexandra Gladstone has to figure out in this mystery.  This was the first time I had visited Newton-upon-Sea.  I enjoyed this visit, it was filled with interesting characters and a story that kept my attention and kept me guessing. 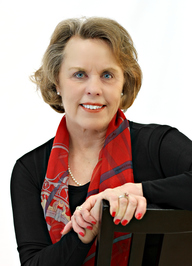 Award-winning novelist Paula Paul was born on her grandparents’ cotton farm near Shallowater, Texas, and graduated from a country high school near Maple, Texas. She earned a BA in journalism and has worked as a reporter for newspapers in both Texas and New Mexico. She’s been the recipient of state and national awards for her work as a journalist as well as a novelist. Her previous novels featuring Dr. Alexandra Gladstone, including Symptoms of Death, have appeared on bookstore and online bestseller lists. She is also the author of the Mystery by Design series, which she wrote as Paula Carter. She lives in Albuquerque, New Mexico.
To learn more about Paula, visit her WEBSITE.
.
Posted by MelinaMason at 12:00 AM