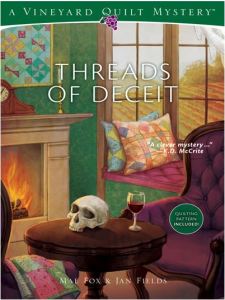 Synopsis
The first in a new mystery series—for quilters and mystery lovers alike!
Former antiquities bounty hunter, Julie Ellis, is on the run, trying to stay one stiletto step ahead of her past. She accepts a position as manager of the Quilt Haus Inn in Missouri wine country, thinking it the perfect place to keep a low profile and start a new, less-dangerous career. It is—until Daniel Franklin walks through the door and asks for a room.

Daniel claims he’s come to Straussberg in search of a famous sunken ship that he believes is buried in a nearby farm field. Julie finds the handsome historian’s story odd at best, but when a dead body is discovered at the proposed dig site, it becomes clear somebody else believes the theory and doesn’t want the ship or its secrets exposed. Who in the town would possibly care about the old shipwreck? As frightening things start to happen at the inn—all seemingly connected to the hunt for the missing ship—Julie and her quilting friends must unearth the truth before someone else is buried.
INCLUDES A FREE QUILTING PATTERN INSPIRED BY THE STORY!
Excerpt:
Alone in her room, Julie sighed softly as she kicked off her shoes. She needed to focus on her new life and stop pining for the one she’d left behind before it could kill her. She reached high over her head, her back slightly arched, and felt her muscles stretch from the demands she placed on them. That’s what she needed to do—stretch and appreciate the new demands of running an inn.
As she swung forward to reach her toes, a sound in the hallway caught her attention. She froze. The clock on her small fireplace mantle made it clear the hour was much too late for a guest to be wandering around on the third floor. She wondered for a moment if Hannah might be coming up to see her. Then she thought of Shirley. Perhaps Shirley had found something downstairs that needed Julie’s attention, or a piece of juicy local gossip she had to either share or burst. Julie raised herself to standing and waited for the knock at the door.
No knock came.
Quietly, Julie crept to the door and opened it a crack. She saw that the door to the tower suite hung slightly open. It seemed the mysterious Daniel Franklin had taken to wandering around at an unusually late hour.
I knew those blue eyes were trouble.
She slipped out of her room and tiptoed softly to his door. When she peeked in the open doorway, the room was empty. The beautiful brass bed was still neatly made. So why was her newest guest wandering around the inn instead of sleeping?
She padded barefoot down the smooth wood stairs to the second floor and glanced down the hallway. No sign of movement. She continued down to the first floor and peeked into the tearoom. The pastry case was empty for the night, but the case’s light was still on, bathing the room in enough light to be certain no one lurked inside.
Then she checked the small library located beside the tearoom. Shirley sat curled up in one of the darkly upholstered Queen Anne chairs next to the fireplace. She had half glasses perched on the end of her nose as she squinted at one of the leather-bound books about Missouri history. Julie backed up quietly without speaking. She didn’t want Daniel to be alerted by any sound, and a shouted greeting from Shirley would certainly carry over half the downstairs.
She walked across the foyer toward the breakfast room. The light of a full moon poured through the tall windows that flanked one wall of the room, casting pools of light and shadow. But Julie saw nothing out of place as her gaze swept over the room—until she noticed the door marked “Staff Only.”
It stood ajar.
She quickly jerked open the door and spotted Daniel crouched down in the hall outside the kitchen, poking around in the padlock on the cellar door with a thick piece of wire. His head snapped toward her at the sound, his eyes wide in alarm.
Julie crossed her arms over her chest. “Would you like to tell me why you’re practicing your lock-picking skills on my lock? Or shall I simply call the police?” 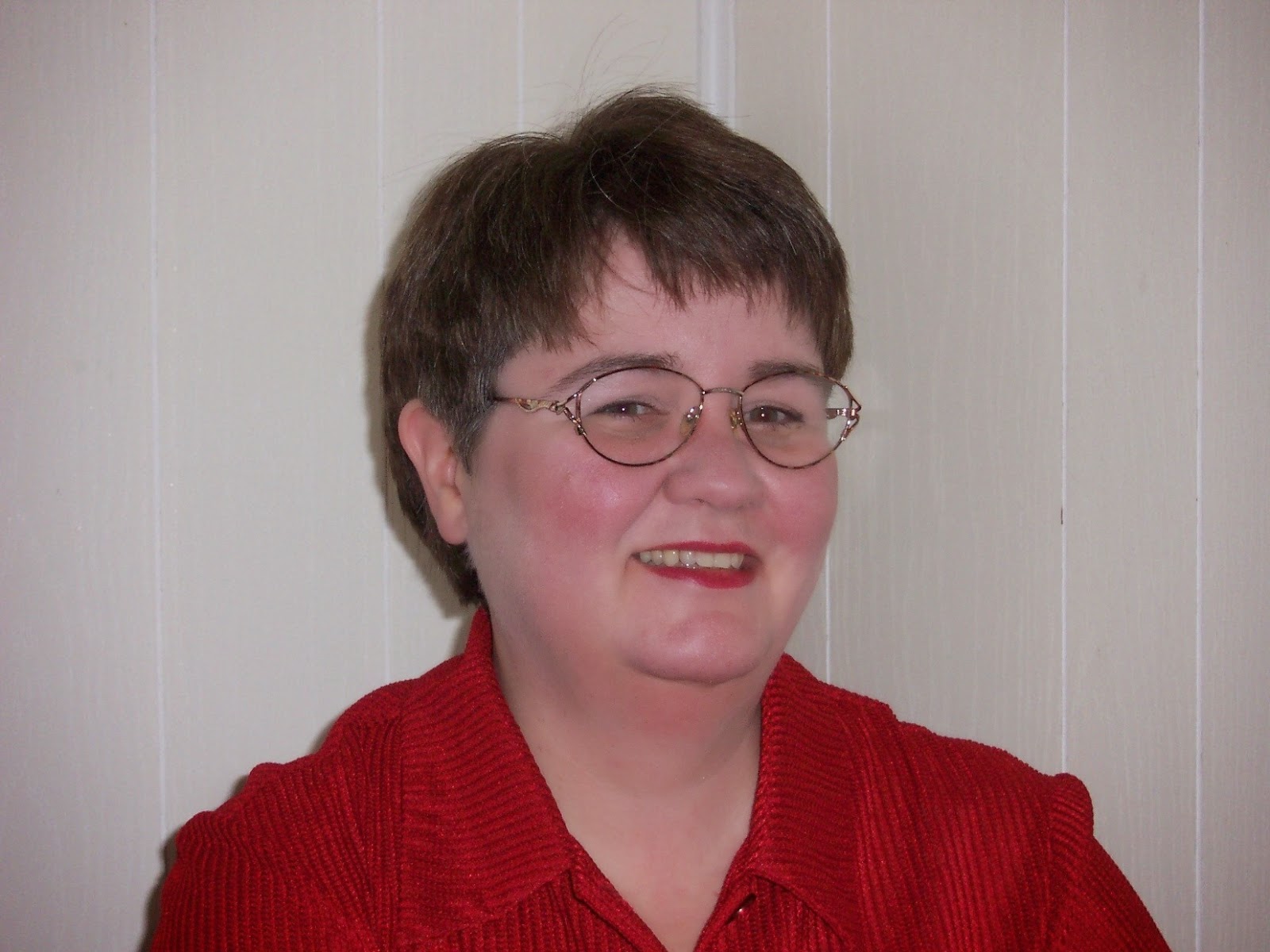 Since my first magazine publication in the 1980s, I have been steadily writing for money in some form. Today I have over twenty books in print and still more in the pipeline – books for children and adults. I’ve also written for magazines, educational publishers and even a toy company!
Writing is the only thing I’ve ever done really well that didn’t eventually become more like work than fun.
Although I grew up in the South, I have lived in New England since 1998, when I married the kindest, most wonderful man I had ever met, and he proceeded to haul me all the way to Connecticut. He keeps my life, my computer, and my focus in good order. Together we have one brilliant daughter who has spent 15 years teaching me how little I really did know about parenting (and after I wrote all those parenting articles, tsk tsk tsk). Every day my family shows me again the value of laughing, and taking time for other things besides work. I hope they always will.
These days, I teach as an instructor for the Institute of Children’s Literature and serve as their webmaster. I jump back and forth between being a teacher and a learner every day and I think that is the best thing anyone can be. I want to learn something new every day, and find someone I can help with that knowledge, as well.
Author Links:
Webpage: http://www.janfields.com/index.htm
Facebook: https:/www.facebook.com/janisfields
Twitter: @JanisFields
Purchase Links
Amazon