Ladle to the Grave by Connie Archer, Review and Guest Post 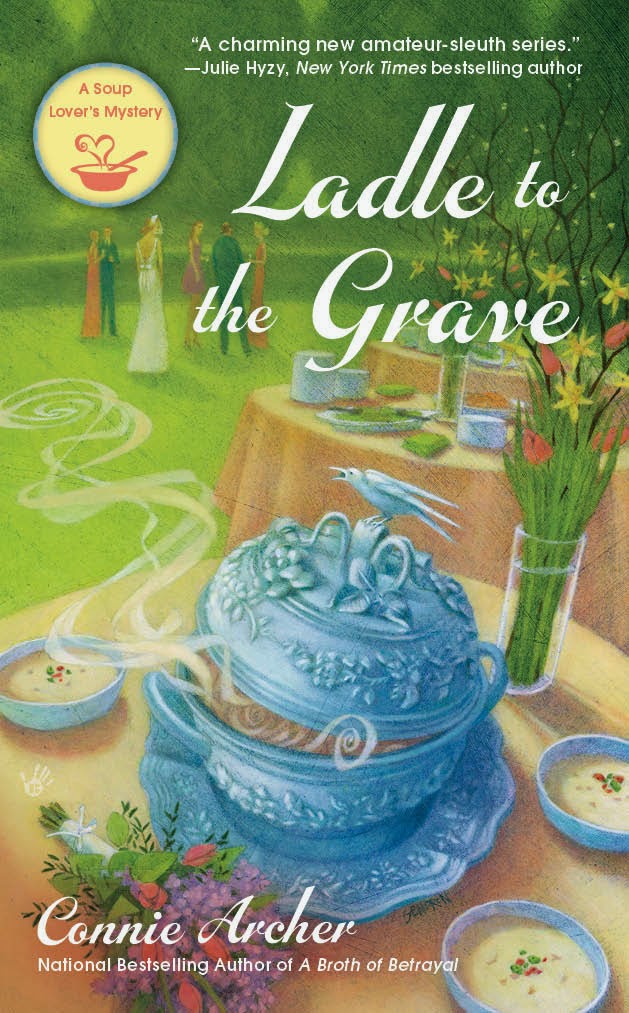 Ladle to the Grave
(A Soup Lover’s Mystery)

By the Spoonful is Snowflake, Vermont’s most popular soup shop, but owner Lucky Jamieson doesn’t have any time to enjoy her success—she’s too busy trying to keep a lid on false accusations against her loved ones…
It’s almost May, and some of the local ladies have organized a pagan celebration in the woods to welcome spring. But the evening goes terribly wrong when one of the attendees winds up dead, apparently poisoned by an herbal concoction prepared by Lucky’s grandfather, Jack.
Lucky’s sure her grandfather could not have made such a tragic mistake. But before she can clear him of suspicion, her best friend, Sophie, is diverted from planning her wedding to By the Spoonful chef Sage DuBois when she finds a dead man floating in the creek on her property. Now it’s up to Lucky to get both Sophie and Jack out of hot water before a killer stirs up more trouble…

I literally could not put this book down.  It kept my interest from the beginning to the end.  I could not wait to find out what all was going on in this book.  And there were several different "mysteries" happening in this book.  Who was responsible for Agnes' death, who was the body Sophie and Lucky found, what is the deal with Lucky's mom's pictures, wow there was so much going on!  If you love a book that grabs you and keeps you interested, that has a lot of twists and turns, then this is the book for you.  I can't wait to go back and read the other books in this series. 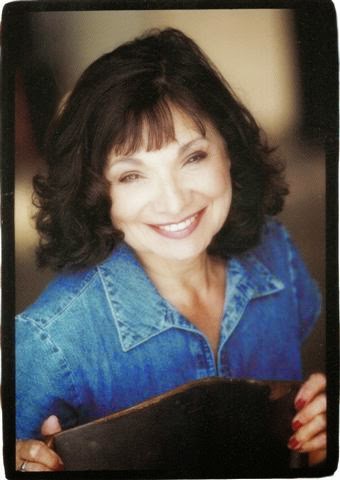 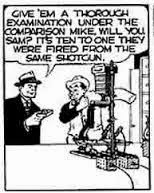 Ladle to the Grave
A local woman is poisoned at a pagan ritual in the woods and Lucky Jamieson’s grandfather Jack, who provided the herbs for the gathering, is suspected of making a terrible mistake.  But when a dead man is found floating in a creek just outside of town, his face unrecognizable, Lucky is certain both deaths are murder.  Can she find the connection and clear her grandfather’s name before more victims fall prey to a killer?
Readers often ask where writers’ ideas for plots come from.  Most will say they come from many different avenues – from the “what if” of a casual observation, from dreams, from suspicions, but one of the best sources of plot ideas is the news.  Believe me, it’s stranger than fiction!

These sight and sound bytes on the web are designed to compel you to click your mouse and read more.  Some are horrifying, some appalling and some stories are just plain weird.  In most true crime or forensic file cases, the “why” of a crime has a very simple explanation.  Often that motive is drug or alcohol fueled, but they’re a good jumping off spot for a crime story.  Here’s a few that have caught my eye lately.  The names have been changed (or deleted) to protect the innocent (as they used to say on Dragnet): 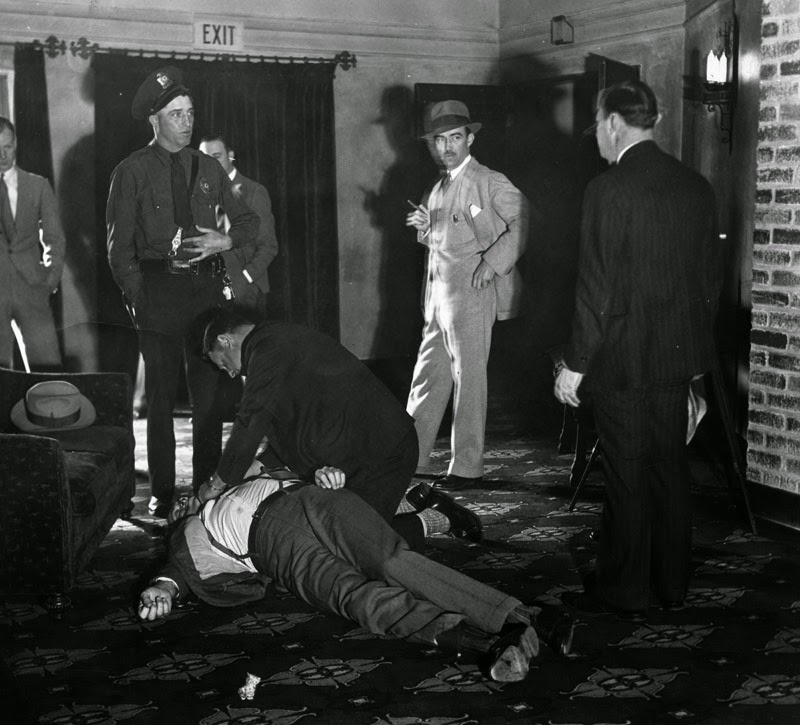 An unethical and abusive debt collector is now in debt himself after being d by a woman he harrassed mercilessly for an unpaid debt of $350.  The collection agent called at all hours, texted sometimes fifteen times a day, with threatening and personally insulting messages.  The harassment didn’t stop even after the debt was paid.  Driven to the brink, the victim finally hired an attorney and learned that her rights had been violated.  She d the agency and the debt collector for violating federal law in using abusive collection tactics.
How to spin this story for a crime novel?  What if – the collection agent were a stalker or a serial killer and not working for a debt collection agency at all?
A soap opera actor in , walking with his girlfriend to bring food from their Thanksgiving feast to a neighbor was run down by two men in a car.  The men then jumped out of their car and proceeded to attack the actor.  The suspects were charged with assault with a deadly weapon.  The actor survived and said he couldn’t wait to visit his family in for a respite . . .
Speaking of . . .
A nine year old boy went missing In Georgia four years ago.  He was found alive, hidden behind a false panel in a closet of his father’s garage.  His mother had never given up searching for the boy and neither had the police.  The boy, now 13, was able to call his mother who led police to the home of her ex-husband.  The father of the boy is now in prison charged with false imprisonment, cruelty to a child and obstruction of justice.
Now that’s a pretty disgusting and appalling crime, but what if there was a reason for hiding the boy?  What if, he was hidden for his own safety?  What if the dad was protecting him from becoming a guinea pig in a government program for psychic children?  What if the father never knew the boy had been hidden in the garage by his current wife?
Here’s another -- A former police officer was recently arrested for the murder of his wife, whose death had been ruled a suicide three years before.  The officer shot his wife with a 9mm gun during an argument after a New Year’s Eve party at their home.  He then called 911 and reported that his wife had shot herself.  The case was eventually reopened because of allegations from witnesses.  Hello?  Even though the police claim there was no preferential treatment given to the obvious suspect, it really doesn’t sound like they did their job, particularly since the wife’s family had always claimed their daughter’s death was murder.
Now what if . . . the police officer’s mistress shot the wife and he tried to cover up the crime by claiming suicide?  And it turned out he really wasn’t guilty at all.
Then there’s the nurse in who is believed to have killed 38 patients because they or their families annoyed her.  The crimes weren’t uncovered until one woman died after a routine hospital visit and potassium chloride was discovered during the autopsy.  But what really alerted the authorities was a coworker’s statement that the nurse always requested her picture to be taken with the recently deceased corpses.  She had posted many more similar photos on line.   Hmmm . . . what took them so long???
So there you have it.  I couldn’t make this stuff up.  The crimes in Snowflake, aren’t nearly as bizarre but with only 950 souls in the village, there’s still lots of fodder for plots in the Soup Lover’s Mystery series. 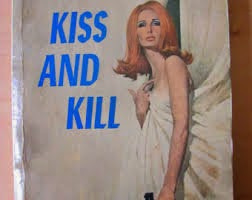