Death of a Beauty Queen by Barbara Jean Coast, Review and Guest Post It’s the 1950’s in Santa Lucia, California, and the height of the social season. Time for the new Miss Santa Lucia, Nora Burbank, to display her loveliness at a high society fashion show produced by the city’s own fashionistas–Margot and Daphne, owners of Poppy Cove, the most elegant and “in” little dress shop in the county.
Nora steals the show in her designer gown and custom-made necklace created by local jeweler Isaac Mendelson, and used on the sly by his apprentice son-in-law, Efrem Goldberg. At the conclusion of the show, the young queen is allowed to keep her dress and a replica of the necklace for her own. But Monday morning, Efrem arrives in a panic at Poppy Cove to beg Margot and Daphne’s assistance in tracking down the real necklace, which he believes was inadvertently switched for the replica backstage. The girls get involved in Efrem’s dilemma and try to help him before Isaac’s any the wiser. But before that can happen, Miss Santa Lucia is found dead in her bed and the necklace is missing.
Who killed Nora Burbank? Is it someone jealous of her new royal position and all of its perks? Or did she just happen to be in the way when a thief attempted to steal her diamond-studded necklace? Did Nora have the real or the fake necklace, and how much did the thief and murderer know about it? But, of course, before the girls can find the killer, they’ll have to create several beautiful ensembles, calm numerous irate clients, and flirt with their ever-so-attentive boyfriends, before solving this mystery.
What I Thought!
I enjoyed going back to Poppy Cove in the 1950's.  It is a more relaxed pace, unlike today.  The setting is charming, the main characters are too.  But they sure do have a lot of problems at their dress shop.  This time they are outfitting  a beauty queen for a fashion show.  They end up having to look for a priceless, lost necklace and also end up looking for a killer.  This is a well written book, that will keep you entertained as you try to figure out "who-dun-it".
I received a complimentary copy of this book for my honest review. 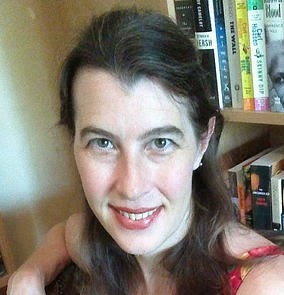 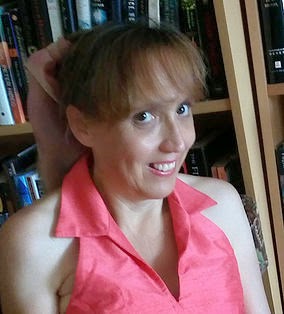 Barbara Jean Coast is the pen name of authors Andrea Taylor and Heather Shkuratoff, both of whom reside in Kelowna, BC, Canada.  Barbara Jean, however, is a resident of Santa Lucia, California (eerily similar to Santa Barbara), where she enjoys long lunches, cocktail parties, fancy dinner dates with attractive and attentive gentlemen.  Her interests include Alfred Hitchcock movies, reading Carolyn Keene, music by popular musicians, such Frank Sinatra and Tony Bennett, shopping for new dresses, attending society events and always looking fabulous in kitten heels.  DEATH OF A BEAUTY QUEEN is her second novel in the Poppy Cove Mystery Series.

Andrea always imagined herself being a supersleuth girl detective and writing adventurous stories, full of mystery and intrigue since she was old enough to hold a pencil.  She resides in Kelowna, BC, Canada, where she writes under the pen name of Barbara Jean Coast with her co-author friend, Heather Shkuratoff, and travels often to California to further develop the stories and escapades of the Poppy Cove Mystery Series.  Andrea has also published freelance articles about fashion, current events, and childcare, and is currently blogging on WordPress about creativity and poetry, as well as researching for her own literary novels.


Hi there, Melina and the rest of the guys and dolls!  It’s such an honor to be a guest on MELINA’S BOOK BLOG.  Today we’re going to share with you some tidbits of wisdom from Barbara Jean Coast to help you navigate the waters out there.  The following tips are from our latest Poppy Cove Mystery — DEATH OF A BEAUTY QUEEN.  Hope they help, or at least entertain you!


· Out on a first date? Order the most expensive item on the menu, whether you like it or not. Watch his reaction – if he smiles, frowns or flinches, that’ll tell you if want to encourage further affections from said man.


· It’s okay to be a girl who kisses, but just don’t be one who tells. Even the best of the girls did and still do; they just knew how to keep their lips sealed. A grown woman should be allowed to get to know a man who she feels is worthy of her time.


· Know your fragrances and the purpose of wearing them. Youth Dew and Chanel No. 5 are appropriate for the initial How do you do? phase. Save Emeraude and Tabu for the intimate How did you do that? phase.


· Be a good sport. Surprise dating events add spice to a stale relationship. Fix a fancy meal on a Wednesday, go bowling in a ball gown or pick up the check. He’ll be flattered!


· Speaking of flattering, he doesn’t always have to be right, but every now and then, let him think he is. Be confident in your own mind that you know the truth of your own brilliance!


· Ready to move on to greener pastures? Take him to a swell party with plenty of people. Get him a drink, get him lost in a crowd, preferably of well girdled and well-coiffed women and get into your own swing of things.


· Beware of falsies, fake eyelashes and other accoutrements, especially early on in the relationships. Test drive the padding, glues and heel heights around home and a trusty friend or two. Better for mishaps to happen in the privacy of your own home instead of out in public – a flying bust enhancer or spider-like eyelash trail down your cheek could scare away a potential keeper.


· A little harmless flirting never hurt anyone. Give yourself a sway in your step by winking at a construction worker today. Who knows, it may inspire him to get the building done on time and under budget!


· Always have him be the first to call back after the date. If he takes too long, call him ‘by accident’ (oops, wrong number, giggle and hang up). This action does not count, as it was in error. If by the third time he does not respond, take another dip into the gene pool.


· Still not sure what you want in a man? Play the field! Try dating men with different interests and backgrounds. Doctors, teachers, artists, musicians, accountants – have a little fun with them all. Remember, you can’t change them no matter how hard you try, but you can have a ball attempting it all the same.


Thank you for having us on your blog, Melina.  You’re always welcome in Santa Lucia.


Aka Andrea Taylor and Heather Shkuratoff

Posted by MelinaMason at 4:47 AM