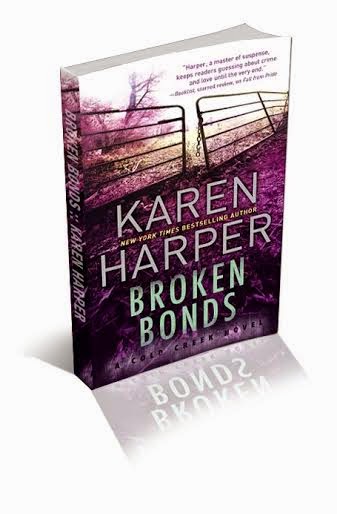 About the Book:
Three very different sisters…
Three desirable, dangerous men…
Three endangered lives…
THE COLD CREEK TRILOGY is set in Appalachia in a small town where the enemy is us.
Haunted by the past…

Haunted by the past…
Cold Creek is a place with a dark history, especially for the Lockwoods. Now adults, the three Lockwood sisters are still recovering from the events that led to the destruction of their family when they were children. Determined to move forward, Tess and Kate are making fresh starts, ready to put bad—even deadly—memories to rest and settle happily in the small but booming town. And they're hoping their older sister, Charlene, can do the same.
Char is back in town seeking comfort as she figures out her next move. A social worker used to difficult situations, she soon runs afoul of some locals who think she's sticking her nose where it doesn't belong. She's certain something sinister is being covered up, and when she witnesses Matt Rowan being run off the road, she knows she's right.
Working together, Matt and Char figure uncovering the truth will be dangerous, but living in Cold Creek won't be safe for any of them until its secrets are revealed.

This is the third book in the Cold Creek series, and I haven't had time to read the first two in the series yet, so I will admit, I was a little lost.  I think this series needs to be read in order to make sense.  It is set in the Appalachia's of Ohio, which you don't really see a lot about, maybe the Appalachia's of Kentucky and West Virginia.  I think the author really grasped how Appalachia really is, and told a believable account of the area.  This book had action in it from the very beginning, so it keeps you on the edge of your seat.  It also had the right amount of romance.  The only problem I had is that I wish I had read the first two in the series first, maybe it would have made more sense as the author referred back to things that had happened in the previous books. 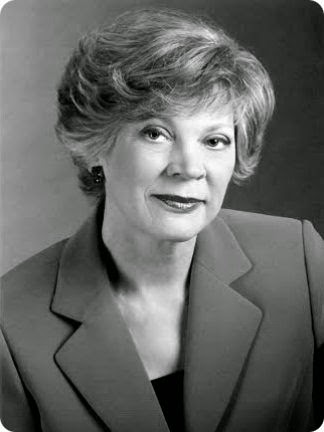 About the Author
A New York Times and USA Today bestselling author, Karen Harper is a former college English instructor (The Ohio State University) and high school literature and writing teacher. A lifelong Ohioan, Karen and her husband Don divide their time between the midwest and the southeast, both locations she has used in her books. Besides her American settings, Karen loves the British Isles, where her Scottish and English roots run deep, and where she has set many of her historical Tudor-era mysteries and her historical novels about real and dynamic British women. Karen's books have been published in many foreign languages and she won the Mary Higgins Clark Award for 2005. Karen has given numerous talks to readers and writers across the county.
Her latest book is the romantic suspense, Broken Bonds, the third book in the Cold Creek Trilogy.
For More Information


Karen Harper is giving away 10 sets of the Cold Creek Trilogy!

Excerpt:
As she made the next sharp turn, Char gasped. A white truck with Lake Azure, Inc. painted on its side was tipped nearly off the cliff, right where the school bus stopped for the kids who lived above. She’d heard a horn honk long and loud a few minutes earlier. Maybe the truck missed the last turn and spun out, since its rear, not its front, was dangling over the edge, propped up by two trees. No other vehicle was nearby to help.
She put her emergency blinkers on and pulled as close to the cliff face as she could. She jumped down from her truck and ran across the road toward the truck. A man was inside!
“What should I do?” she shouted, her voice shrill. It sounded like a stupid question. She had to get the man out of his truck before it crashed over the edge.
The bitter, strong wind ripped at her hair and jacket. What if a blast of air tipped him off? Or maybe even if he moved. She’d swear the two tree trunks that held his truck were shaking as hard as she was.
She could hear the engine was still running. The driver opened an automatic window.
“A guy in a truck shoved me off,” he shouted. “Meant to. I don’t have any traction. I’m afraid if I shift my weight or open a door to jump out, I’ll send it over.”
The fact someone had done this on purpose stunned her. What was going on? If her cell phone worked up here, she’d call her brother-in-law, the county sheriff, for help, but she was on her own. It wouldn’t help to go back up for help from Elinor and Penny.
“Don’t move until I get something you can hang on to if the truck goes. I have some jump ropes I can tie together. Those trees are shaky.”
“I’m shaky. Hurry!”
She ran to her truck and knotted together the three jump ropes she had, tying square knots because she knew they would hold. But she’d never be able to balance the man’s weight if the truck went over the edge.
“I’ve got ropes here, but I’ll have to tie the end to a tree. I don’t dare drive close enough to you to tie it to my truck. It would never stretch that far.”
She knotted it around the trunk of a pine tree that looked sturdy enough, though that almost took the length of one rope. This wasn’t going to work.
A grinding sound, then a crunch reverberated as the truck seemed to jerk once then settled closer to the cliff edge.
“Now or never!” he shouted and opened his door fast.

Posted by MelinaMason at 2:00 AM