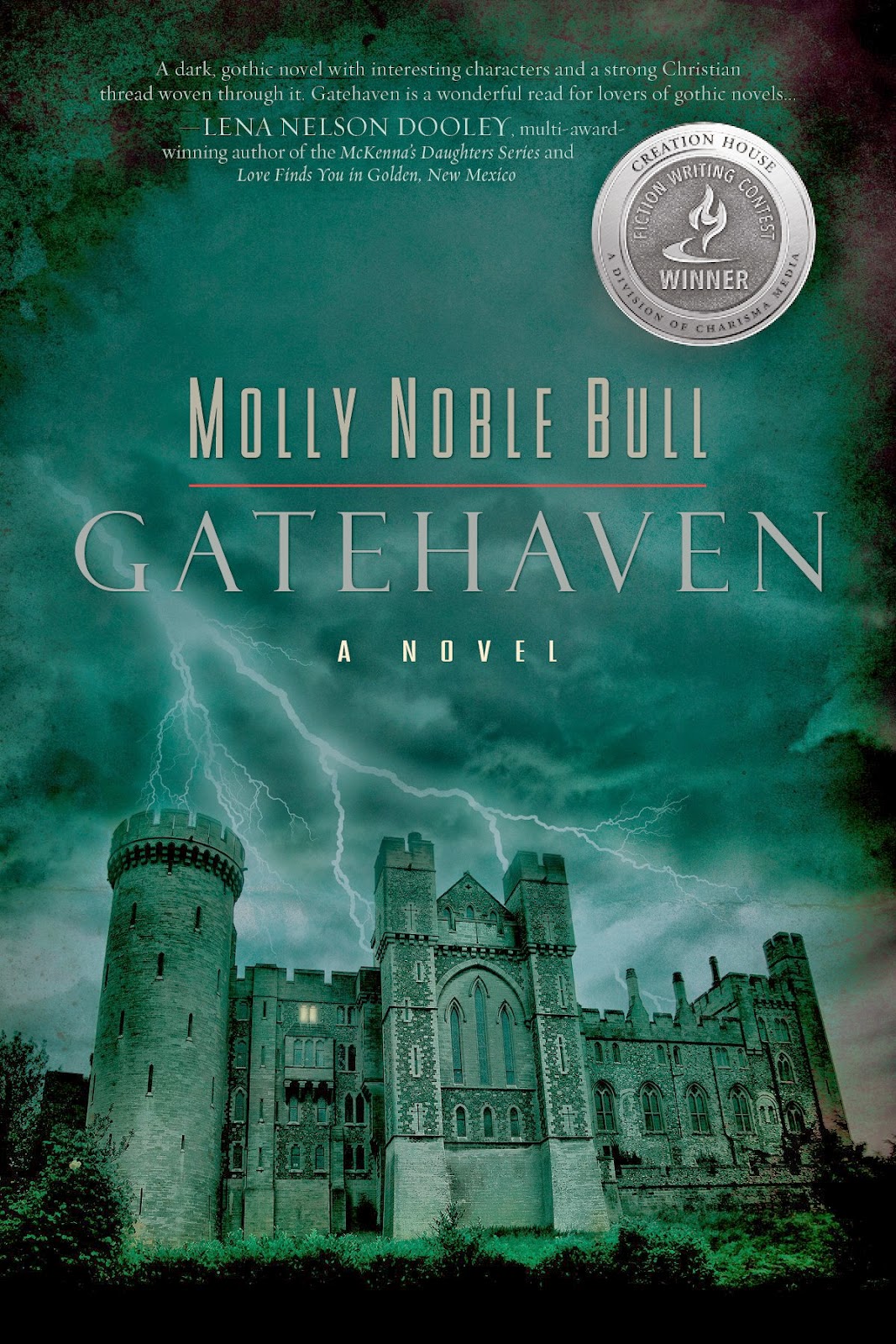 Put on the whole armor of God, that ye may be able to stand against the wiles of the devil.
Ephesians 6:11
Shannon Aimee, a young peasant woman living in Luss, Scotland in the late 1700s, is pleasantly surprised to receive a marriage proposal from the wealthy Earl of Northon. With the reluctant consent of her parents, Shannon agrees to accompany the young earl to Gatehaven, his residence in northern England with a dark history.
Escorted by her lifelong friend, Ian Colquhoun (who has his on motives for visiting the haunting mansion notorious for its disturbing secrets and occult practices). Shannon embarks on her journey. But before long she realizes that there is more to Gatehaven than meets the eye.
When deadly deception is revealed and the truth comes to light, will Shannon and Ian be able to save their loved ones before it is too late? Or will the forces of darkness win?
About Gatehaven:
Gatehaven by Molly Noble Bull is a Christian Gothic historical novel set in a haunting mansion in the north of England where Ian Colquhoun and Shannon Aimee battle a Frenchman with dark secrets—spiritual warfare vs. the occult.  Will they learn enough about God’s words to defend themselves and others or will evil overcome them?
Click below to see and hear Gatehaven’s book trailer.
http://www.youtube.com/watch?v=WRa4h167wHU&list=UUSud14a5OCxl_vBBb1IAf7Q&feature=c4-overview
Check out the first reviews on Goodreads: https://www.goodreads.com/book/show/18341706-gatehaven?from_search=true
Amazon: http://www.amazon.com/Gatehaven-Novel-Molly-Noble-Bull-ebook/dp/B00I2FWC3I/ref=sr_1_1?ie=UTF8&qid=1394485833&sr=8-1&keywords=Gatehaven
My Review:
I enjoy reading "Gothic" novels, but haven't read any in a long time.  This novel did not disappoint.  It was set in the late 1700s and had the scary house to make it a great "Gothic" novel.  This book had a great faith element, though, as the main characters learned to lean on GOD to get them through some very dangerous times.  The danger was spiritual as well as physical.  I thought that the character Ian was a strong, likable character, while I thought that Shannon was a little flighty at times.  I enjoyed reading this novel and look forward to more from this author.
I received a complimentary copy of this book for my honest review.

Molly Noble Bull was born in Kingsville, Texas—home of the famous King Ranch. Her father and maternal grandfather were real Texas cowboys, and she enjoys writing western romances. But she also writes historical novels.
Gatehaven, her long Christian gothic set in Europe in 1784, won the 2013 Creation House Fiction Writing Contest while still a manuscript, and Gatehaven is the novel being featured today. However, Molly’ first two published novels came out from Zondervan. Her Zondervan novels were later reprinted and published as Promise Romances from Guideposts. Molly also sold novels to Love Inspired and Tsaba House, and Westbow Press published The  Overcomers: Christian Authors Who Conquered Learning Disabilities, a non-fiction book she wrote with four other Christian authors. Molly owns the rights to her Zondervan romance novels now, and she will soon self publish The Rogue’s Daughter as an e-book. Rogue is a western set on a South Texas cattle ranch in 1890.
From Molly:
Giveaway:


Giving away one print copy of Gatehaven.