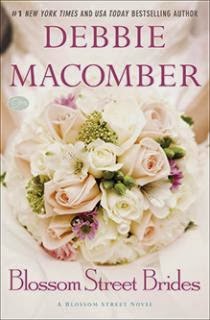 On Sale March 25, 2014
#1 New York Times bestselling author Debbie Macomber has won the hearts of millions of readers with her moving and inspiring stories. Now wedding bells are ringing in the tight-knit community that gathers around A Good Yarn, a store in a pretty Seattle neighborhood. Knitters come to the store to buy yarn and patterns but somehow they leave richer in friendship and love.


Lauren Elliott has waited years for her long-term boyfriend, Todd, to propose, yet he seems more focused on his career than their relationship. When Lauren learns that her younger sister is pregnant before she herself even has an engagement ring, she feels overjoyed yet disheartened. Knowing she can’t put her future on hold, Lauren prepares to make a bold choice—one that leads her to a man she never dreamed she’d meet.
Newly married to her second husband, Max, Bethanne Scranton is blissfully in love. But with Max’s job in California and Bethanne’s in Seattle, their long-distance marriage is becoming difficult to maintain. To complicate matters, Bethanne’s cunning ex will do anything to win her back.
Lydia Goetz, too, is wonderfully happy with her husband, Brad, though lately she worries about the future of A Good Yarn. As she considers how to bring in business, she discovers that someone has beaten her to the punch. Baskets of yarn are mysteriously popping up all over town, with instructions to knit a scarf for charity and bring it into Lydia’s store. Never before has her shop received so much attention, but who hatched this brilliant plan?
As three women’s lives intersect in unexpected ways, Lydia, Lauren, and Bethanne realize that love heals every heart, and the best surprises still lay ahead.
My Review:
This wasn't my first visit to Blossom Street, although it has been a while and I haven't read all of the Blossom Street books.  This was classic Debbie.  She has a way of writing that makes you feel like you actually know the characters and you feel the same pain and joy they are feeling.  I like the community feel of Debbie's books.  This book was no different.  This book gave glimpses into the lives a several different people and families.  Debbie also does really well portraying real life struggles.  I always enjoy Debbie's books, and this one was no exception.  This was a fast read because it flowed so well and was so enjoyable, sometimes I couldn't put it down.  Great job as always, Debbie.
I received a complimentary copy of this book for my honest review.

Debbie Macomber is a #1 New York Times bestselling author and one of today’s most popular writers with more than 170 million copies of her books in print worldwide. Macomber brings to life the compelling relationships that embrace family, community and enduring friendships, filling her readers with a sense of love and hope.
Macomber is the author of more than 100 novels, most recently Starry Night and Rose Harbor in Bloom; two bestselling cookbooks; numerous inspirational and nonfiction works; two acclaimed children’s books and the Mrs. Miracle Christmas novels.  She is also the author of beloved and bestselling Cedar Cove Series set in Cedar Cove, Washington, on which Debbie Macomber's Cedar Cove, Hallmark Channel’s first dramatic scripted television series, is based. She is the recipient of a RITA® award; an RT Book Reviews Lifetime Achievement Award, and is a multiple winner of both the Holt Medallion and the B. Dalton Award. In 2010, the Romance Writers of America presented Macomber with their prestigious Nora Roberts Lifetime Achievement Award. Her next novel to be published will be BLOSSOM STREET BRIDES (April 2014).
In addition to her bestselling novels, Macomber owns her own tea room, Victorian Rose Tea Room & yarn store, A Good Yarn, named after the shop featured in her popular Blossom Street novels. She and her husband, Wayne, serve on the Guideposts National Advisory Cabinet, and she was recently named World Vision’s international spokesperson for their Knit for Kids charity initiative.
A devoted grandmother, Debbie and her husband Wayne live in Port Orchard, Washington State (the town on which her Cedar Cove novels are based) and winter in Florida.