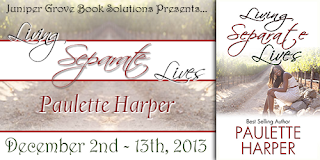 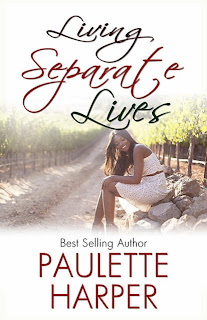 Synopsis:  Candace Walker, Kaylan Smith, Jordan Tate, and Tiffany Thomas have their share of sorrows, but neither of them realizes how deep the sorrow goes.  What happens when they agree to meet for a weekend of relaxation in beautiful Napa County? Which one will leave the same or worse?

For Candace Walker, life has left her battered and bruised.  Kaylan Smith has struggled with prejudice from her in-laws. After fifteen years of marriage, bitterness is trying to raise its ugly head for Jordan Tate, whose husband wants to call it quits. And for Tiffany Thomas, dealing
with rejection has never been one of her greatest feats.

Although they have been friends for years, they thought they knew each other well. But will a secret destroy their relationship and bring the sisterhood to a complete halt? Will they be able to forgive and allow God to mend that which might be torn?

My Review:
This story was too short.  I felt it needed to be a little longer, because it kind of left me wondering what happens.  Other than that, it was well written with a good plot.  Four friends who haven't seen each other in a long time get together, a shocking secret is revealed by one of the four friends, one that is unforgivable.  It had a great message of forgiveness, but like I said, we didn't get to see if that forgiveness ever bore fruit.
I received a complimentary copy of this book for my honest review.
﻿ 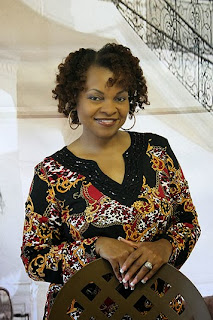 Paulette Harper is an award-winning and best-selling author. She is the owner of Write Now Literary Virtual Book Tours and is passionate about helping authors succeed in publishing and marketing their books. Paulette has been writing and publishing books since 2008.  Paulette is the author of That Was Then, This is Now, Completely Whole and The Sanctuary. Her articles have appeared on-line and in print.

Amazon Author Page | Facebook | Twitter | GoodReads | Website
Excerpt from Living Separate Lives by Paulette Harper:
“Stop preaching to me. I don’t want to hear it anymore. I’ve had enough of your self-righteousness.” The words continued to cut Jordan’s heart; words that she never heard before coming from the mouth of her husband, Eric. “You knew how I was before we got married.” His tone deepened with every word.
Standing in front of the sink, Jordan was frozen and motionless in the middle of the kitchen. She held the dish towel in one hand and a plate in the other. She turned and faced Eric, whose eyes were cold and hard. The verbal blows kept coming. Her mouth opened wide, but no words could be formed when he uttered the deadly words, “I want a divorce.”
Giveaway Details:
There is an international tour wide giveaway. Prizes include the following:
$15 Amazon Gift Card
﻿

Posted by MelinaMason at 7:18 AM