The Wanderers by Paul Stutzman 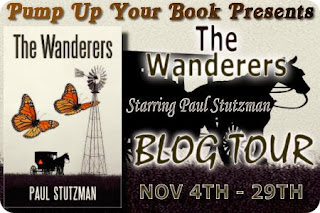 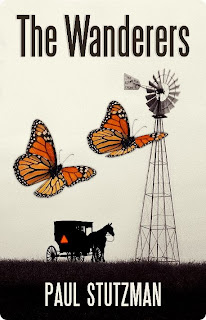 About the Book:
An Amish Love Story About Hope and Finding Home
Everything in God’s nature, Johnny observed, did what it was created to do. Everything, that is, except the human race. Johnny was born into an Amish family, into a long line of farmers and good businessmen. He is expected to follow the traditions of family and church as he grows to adulthood. But even as a boy, he questions whether he can be satisfied with this lifestyle. He wants “more” — more education, more travel, more opportunity.
His restlessness leads him down a dangerous road where too much partying and drinking result in heartbreaking consequences. He’s adrift, and no one seems to be able to help him find his direction.
Then he meets spunky Annie, who seems pure and lovely and devoted to her God. Her past, though, holds sin and heartbreak. She was a worm, she explains, but God has transformed her into a butterfly. Johnny falls hopelessly in love; and eventually he, too, finds the power of God to transform lives.
Settling down on the family farm, he forgets about the questions and the restlessness, thinking that he is happy and at home, at last.
But in a few short hours, tragedy changes his life forever, and he is again wondering… and wandering on a very long journey.
Entwined with Johnny and Annie’s story is the allegory of two Monarch butterflies, worms who have been transformed into amazing creatures specially chosen to carry out the miracle of the fourth generation. They, too, must undertake a long journey before they finally find home.
Purchase your copy at AMAZON.
My Review:
This is a very different type of Amish Novel.  I liked how it shows that the Amish aren't perfect and that they have struggles just like anyone else.  This is the story of Johnny and his coming of age, then he meets Annie.  She seems perfect, but she also has secrets.  They fall in love, but then tragedy strikes.  Annie is fascinated with Monarch butterflies and the butterflies play an important part in this story.  Johnny sets out on a journey to try to figure out his life.  This is a very well told story, but it is a little deep.
I received a complimentary copy of this book for my honest review. 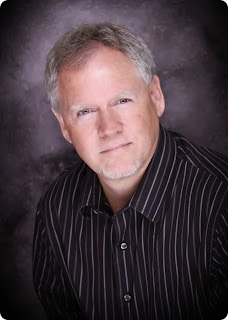