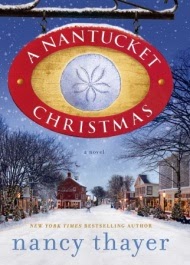 Holidays on this Massachusetts island are nothing short of magical, from the jolly decorations on the Brant Point lighthouse to the much anticipated Christmas Stroll, in which merrymakers promenade through quaint streets adorned with Yuletide cheer. The season’s wonderful traditions are much loved by Nicole Somerset, new to Nantucket and recently married to a handsome former attorney. Their home is already full of enticing scents of pine, baking spices, and homemade pie.

But the warm, festive mood is soon tempered by Nicole’s chilly stepdaughter, Kennedy, who arrives without a hint of holiday spirit. Determined to keep her stepmother at arms’ length—or, better yet, out of the picture altogether—Kennedy schemes to sabotage Nicole’s holiday preparations. Nicole, however, is not about to let anyone or anything tarnish her first Christmas with her new husband.

Nancy Thayer’s wonderful tale reminds us that this is the season of miracles. Before the gifts are unwrapped, surprise visitors appear, and holiday joy comes to all, both naughty and nice.﻿
﻿
My Review:
I really enjoyed this book.  It is a fast heartwarming story.  It is a story about a family, that is sadly like so many families today.  The story starts out from the perspective of a dog, Snix, that has been abandoned on Nantucket by his owner.  It progresses through the different perspectives of Sebastian, Nicole, Kennedy, and Kennedy's son Maddox.  The family is spending the week leading up to Christmas at Sebastian and Nicole's Nantucket home, and there is lots of tension as Kennedy wants her mom, Katya, and her dad back together and she doesn't want to accept Nicole at all.  But after a major scene, Kennedy has no choice but to accept Nicole.  The writing is so good that the book just flows, it is one of those books that once you start, you can't put down, it is so enthralling.  I loved how the story had a happy ending, especially for Snix, aka Pooh.  I highly recommend this book, it is one of those holiday stories that you will want to revisit again and again, it can easily become a holiday tradition.  Great job Nancy!  I loved it.
I received a complimentary copy of this book for my honest review.﻿ 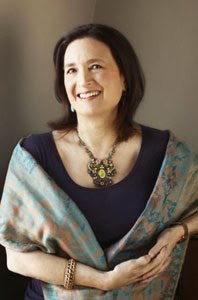 Nancy Thayer has a B.A. and M.A. in English literature from the University of Missouri at Kansas City. Before settling down to write and have children she taught English at various colleges and traveled, living in Paris, Amsterdam and Helsinki. In 1981 she was a Fellow at the Breadloaf Writers Conference. She has lived on Nantucket Island year round for twenty-five years with her husband Charley Walters. They have two children and two grandchildren.

Her books concern the mysteries and romance of families and relationships and the humorous adventures of growing older.

In 2008, Redbook magazine chose her novel Moon Shell Beach for their "Hot Summer Read." Nancy's work has been translated into more than 14 languages, including Polish, Hebrew, Russian, and Serbo Croatian. Her novels have been condensed or excerpted in several magazines, including Redbook, Good Housekeeping, England's Cosmopolitan, Holland's Viva, and South Africa's Personality.

She has published a commissioned three-part mystery novella in Redbook, and short stories in literary reviews in the United States, Canada, and Spain. Her first novel, Stepping, was made into a 13-part series for BBC Radio. Her ghost novel Spirit Lost was produced as a movie by United Image Entertainment. Her novel Everlasting was a Main Dual selection of the Literary Guild in 1991.
http://nancythayer.com/