Joanna Campbell Slan--Death of a Schoolgirl Review and Guestpost 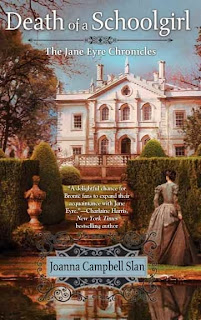 Book Details:Death of a Schoolgirl
(The Jane Eyre Chronicles)

Synopsis
In her classic tale, Charlotte Brontë introduced readers to the strong-willed and intelligent Jane Eyre. Picking up where Brontë left off, Jane’s life has settled into a comfortable pattern: She and her beloved Edward Rochester are married and have an infant son. But Jane soon finds herself in the midst of new challenges and threats to those she loves…
Jane can’t help but fret when a letter arrives from Adèle Varens—Rochester’s ward, currently at boarding school—warning that the girl’s life is in jeopardy. Although it means leaving her young son and invalid husband, and despite never having been to a city of any size, Jane feels strongly compelled to go to London to ensure Adèle’s safety.
But almost from the beginning, Jane’s travels don’t go as planned—she is knocked about and robbed, and no one believes that the plain, unassuming Jane could indeed be the wife of a gentleman; even the school superintendent takes her for an errant new teacher. But most shocking to Jane is the discovery that Adèle’s schoolmate has recently passed away under very suspicious circumstances, yet no one appears overly concerned. Taking advantage of the situation, Jane decides to pose as the missing instructor—and soon uncovers several unsavory secrets, which may very well make her the killer’s next target…
My Review:
I absolutely loved this book.  It kept my attention from the time I picked it up till I put it down.  I loved reading about Jane Eyre.  I haven't read Jane Eyre, but I till really loved this book.  This series starts out after Jane and Edward Rochester marry.  They have a son Ned.  Edward's ward Adele is in a girls school in London and they receive some letters from her that startle them.  Jane decides to go to London to find out what is going on.  She first goes to stay with a family friend, Lucy Brayton.  Jane goes to the school and there has been a death of one of the students.  Jane ends up staying at the school to figure out the mystery.  This mystery kept me guessing.  I had know idea who had killed the schoolgirl.  I really liked the historical accuracy of this story.  Very well done Ms. Slan, I thoroughly enjoyed this story and hope that the series will continue.
I received a complimentary copy of this book for my honest review. 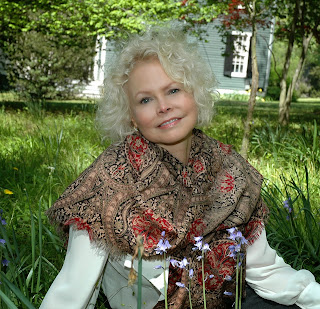 About The Author
Award-winning and National Bestselling author Joanna Campbell Slan is the creator of the Kiki Lowenstein Mysteries (an Agatha Award Finalist) and The Jane Eyre Chronicles (Winner of the 2013 Daphne du Maurier Award). This fall will see the debut of the Cara Mia Delgatto books, a new mystery series set on the Treasure Coast of Florida, featuring a young woman who runs a recycling/repurposing shop. In her past life, Joanna was a television talk show host, an adjunct professor of public relations, a sought-after motivational speaker, and a corporate speechwriter. She is the mother of Michael Slan, a professional poker player, and she is married to David Slan, CEO of Steinway Piano Gallery-DC. The Slans and their two dogs make their home on Jupiter Island, Florida. Visit Joanna’s website at www.JoannaSlan.com
Website:  www.JoannaSlan.com
Blog: http://tinyurl.com/JCSBlog
Twitter: www.Twitter.com/JoannaSlan
Facebook:  https://www.facebook.com/joanna.slan?fref=ts
Goodreads: http://www.goodreads.com/JoannaCampbellSlan
Purchase Links
AMAZON


Yes, that’s why Charlotte Bronte’s Jane Eyre matters, why it still has relevance 166 years after it was first published.


You see, our blog hostess Melina has chosen to work toward her degree, even though she’s a busy wife and mother—and she’s juggling a part-time job. She believes in the power of education.


Charlotte Brontë would have approved. In fact, she would have applauded. Charlotte knew what a difference an education could make in a life. She’d seen it firsthand. Her father was a poor Irish immigrant who was clever enough to be admitted into Cambridge. When his last name—Brunty—was misspelled on his book of poems, he adopted Brontë, perhaps finding it more elegant. Because of his education—and he was by all accounts a brilliant scholar—he was able to secure a living as a minister in Haworth.


The Reverend Patrick Brontë and his wife Maria had six children. But when Maria died of cancer, the Rev. Brontë found himself with six young children, five daughters and a son, and no way to educate them. His position required much more of him than one might suppose, and we read that in one day alone, he officiated at no less than eight funerals. Then the Clergy Daughter’s School at Cowan Bridge opened, and after he visited, he thought the school would be a good fit for his four oldest daughters. Sadly he was mistaken. The two oldest girls, Maria and Elizabeth, became ill, were sent home, and died, in part because of the poor living conditions at Cowan Bridge.


Despite grieving for her sisters, Charlotte continued to believe in the power of education. She and her three remaining siblings read everything they could, from newspapers to literary magazines. They went weekly to local library and checked out books. Eventually Charlotte and her sister Emily traveled to Brussels to continue their studies. When they came home, they opened their own school, which proved a dismal failure.


And through it all, Charlotte continued to believe in the power of education for women. In fact, she uses her book as a soapbox, a place to preach this gospel. As Jane tells us, “The means of an excellent education (was) placed within my reach…I availed myself fully of the advantages offered me.”


Erratic and unconventional as it was, Charlotte’s education supplied her with the raw materials she needed to write Jane Eyre. To say that the book was a sensation is an understatement.


I believe in the power of Jane Eyre. 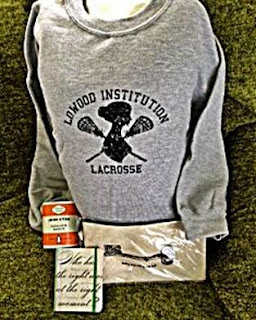