Debby Mayne's Pretty is as Pretty Does 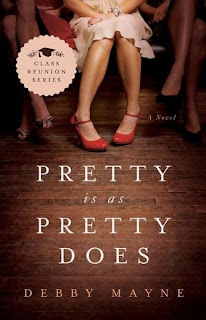 About the Book:
Priscilla Slater goes to her 10-year high school reunion as a successful business woman. Even though she got rid of her mousy brown hair, swapped out her discount store wardrobe for designer clothes, and now has perfectly straight teeth, she can't get past feeling like the ugly duckling. Her parents' disapproval for her choice of careers—running a chain of hair salons—deepens her self-doubt. She experiences self-discovery and learns that things aren't always as they seem.
During the reunion, one woman passes out after starving herself for the event. The class beauty queen appears to have more self-confidence than ever until her ex shows up with his new wife. The reunion organizer has taken her responsibilities to a whole new level that makes the Marines look like Boy Scouts, while her husband drinks too much and makes a fool of himself. The man she always dreamed about being with finally gives her some attention, but when she finds out more about him, she realizes he's not worth her time. These realizations boost her self-confidence, but now she has to deal with her best friend Tim's new feelings for her.
AMAZON | BARNES & NOBLE | ABINGDON PRESS
My Review:
I enjoyed this book.  It was written from the perspective of three different people, but I was able to follow along and not get lost.  Each person has their own fears about the upcoming high school reunion.  Debby does a really good job telling each persons story and they end up finding out a lot about themselves once the reunion is over.  They also resolve some family issues they have.  Great job Debby.
I received a complimentary copy of this book for my honest review. 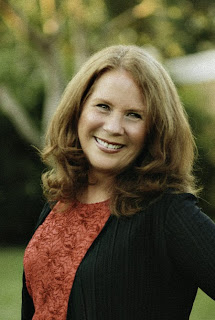