Synopsis:
Twenty-six-year-old Emily Castles is out of work… again. So when famous romance author Morgana Blakely offers her a job helping out at a conference in London, Emily accepts. Just as eagerly, American blogger Winnie Kraster accepts an invitation from Morgana to attend as a guest, not realizing she has, in effect, accepted an invitation to die.

As a cast of oddball characters assembles at the conference hotel, grievances, differences, and secrets begin to emerge. When Winnie goes missing, and then is found murdered nearby, Emily begins to suspect that someone involved with the conference is responsible. Could it be one of the organizers, one of the authors, a member of the hotel staff, or even the supplier of the chocolates for the conference gift bags? Emily teams up with guest speaker and eccentric philosophy professor Dr. Muriel to find out.

This is the first book I've read by Helen Smith and even though this is a serial,  and I hadn't read any of the other stories, I didn't feel lost.  From the start the story tells who is going to be the person that is killed, so that wasn't a surprise, but then there are lots of quirky characters introduced, but who is the killer.  I was kind of surprised by who the killer really was.  Great job Helen Smith 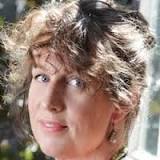 Helen Smith is a member of the Writers' Guild of Great Britain, the Crime Writers Association and English PEN. She traveled the world when her daughter was small, doing all sorts of strange jobs to support them both--from cleaning motels to working as a magician's assistant--before returning to live in London where she wrote her first novel. Her work has been reviewed in The Times, the Guardian, The Independent, Time Out and the Times Literary Supplement. Her books have reached number one in the bestseller lists in the Kindle store on both sides of the Atlantic.

Invitation to Die, the debut novel in her Emily Castles mystery series, is published by Thomas & Mercer.

She blogs at: http://www.emperorsclothes.co.uk. Sign up here to receive an email alert when a new book is published: http://bit.ly/U5KAF0
Show More
Show Less
Posted by MelinaMason at 7:23 AM