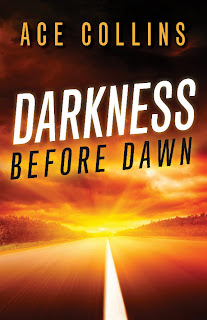 On the same night she discovers she is pregnant, twenty-eight-year-old nurse Meg Richards’husband is killed in an auto accident caused by a drunken teen. James Thomas, the teen, comes from one of the most influential families in the community. He’s a star athlete and glamour boy at the local high school. Angered by her senseless loss, Meg blames God for what has happened and considers a decision that could change her life even further—until the D.A. intervenes.

The results of the brutal trial enrage Meg, leading her down a frightening path of retribution. When the opportunity for revenge comes unexpectedly, will Meg follow through? Or will the remnants of her faith lead her in a different direction?
﻿

This was a very intense book.  When Meg found out her husband had been killed, I felt very bad for her.  But then she was filled with so much hate, that I didn't really like how she was acting.  She was so bent on revenge, that was the only thing she could think of.  Fortunatly, GOD is always there and has ways of making you see your wrongs.  After the trial of the young man who was responsible for the accident that killed her husband, Meg unleashed her revenge and made the man's life a real living hell.  When she has to decide whether to save his life in the ER, what will Meg decide to do.  Meg was making some very bad decisions till she finally figured out that she needed to let GOD have control again.  I'm glad the book turned out the way it did. 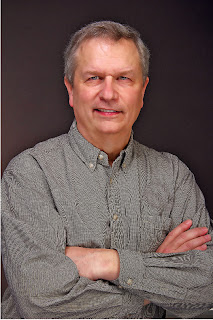 About the Author:
Bestselling author Ace Collins has written more than fifty books including novels Farraday Road, Swope’s Ridge and Words of the Father, as well as the nonfiction Stories Behind The Best-Loved Songs of Christmas, grAttitudes, and Lassie A Dog’s Life. His books have become movies and network television specials. He has appeared on Good Morning America, the NBC Nightly News and The Today Show and has been featured in the Distinguished Lecture Series at the National Archives in Washington D.C. Ace Collins has sold more than 1.5 million books during his career.
His latest book is the Christian fiction, Darkness Before Dawn.
Visit Ace’s website at www.acecollins.com.
Connect with Ace:
TWITTER | FACEBOOK﻿
Posted by MelinaMason at 7:18 AM