Review of Murder at Rosamund's Gate by Susanna Calkins and Giveaway 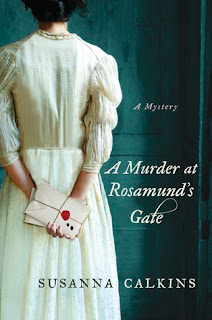 For Lucy Campion, a seventeenth-century English chambermaid serving in the household of the local magistrate, life is an endless repetition of polishing pewter, emptying chamber pots, and dealing with other household chores until a fellow servant is ruthlessly killed, and someone close to Lucy falls under suspicion. Lucy can’t believe it, but in a time where the accused are presumed guilty until proven innocent, lawyers aren’t permitted to defend their clients, and—if the plague doesn't kill the suspect first—public executions draw a large crowd of spectators, Lucy knows she may never find out what really happened. Unless, that is, she can uncover the truth herself.
Determined to do just that, Lucy finds herself venturing out of her expected station and into raucous printers’ shops, secretive gypsy camps, the foul streets of London, and even the bowels of Newgate prison on a trail that might lead her straight into the arms of the killer.
My Review:
I really enjoyed this mystery.  Lucy was a character that I really liked. She was a strong-willed and loyal servant to her employers and she was determined to find out who killed her friend, Bessie.  When the house-hold is felled by the black plague, it is Lucy who holds it all together.  Even though she is a servant her employer, Magistrate Hargrave thinks she is a smart girl and treats her as such.  His son, Adam has feelings for her, but alas she is just a servant.  It is exciting what happens when Lucy finally finds out who the killer is.  A great read full of historical accuracy.  A great job Susanna. 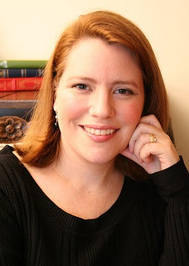 SUSANNA CALKINS became fascinated with seventeenth-century England while pursuing her doctorate in British history. A former pirate, she once served on the Golden Hinde--a museum replica of Sir Frances Drake's ship--now dry docked in the Thames. Originally from Philadelphia, Calkins now lives outside of Chicago with her husband and two sons. The Murder at Rosamund's Gate, featuring Lucy Campion, is her first novel.
We will be giving away a $40 Amazon.com gift card and two hardback copies of Murder at Rosamund's Gate (3 winners).
Here is the link to enter. Good luck!
https://docs.google.com/forms/d/1qq7tb7JTlAX3KbtIV1ljEFSKR9YxnFMrOPxHlX9X138/viewform.