Review of A Sound Among Trees by Susan Meissner

A Sound Among Trees

WaterBrook Press
A house shrouded in time.
A line of women with a heritage of loss.
As a young bride, Susannah Page was rumored to be a Civil War spy for the North, a traitor to her Virginian roots. Her great-granddaughter Adelaide, the current matriarch of Holly Oak, doesn’t believe that Susannah’s ghost haunts the antebellum mansion looking for a pardon, but rather the house itself bears a grudge toward its tragic past.
When Marielle Bishop marries into the family and is transplanted from the arid west to her husband’s home, it isn’t long before she is led to believe that the house she just settled into brings misfortune to the women who live there.
With Adelaide’s richly peppered superstitions and deep family roots at stake, Marielle must sort out the truth about Susannah Page and Holly Oak— and make peace with the sacrifices she has made for love.

I thought this book was going to be better than it was.  I was expecting something along the lines of Phyllis a Whitney.  Don't get me wrong, I did like the book, but it wasn't near as suspenseful as I thought it was going to be.
It is a story of a house and the people who have lived in it.  Marielle comes to Holly Oak as Carson's bride.  Holly Oak was the home of Carson's first wife Sara's family.  Everyone thinks that it is odd that Marielle wants to live at this house.  Adelaide is Sara's grandmother and the house belongs to her, but upon her death, it goes to Carson's children.  There are whispers that the house is haunted by Susannah, Adelaide's great-grandmother.  Susannah was thought to have been a spy for the North during the Civil War.  We come to find out, through letters that Susannah had written, that the house is haunted by her ghost, but by the people who can't let the past rest.
I did enjoy the book, I guess I was just expecting a little more suspense.  All in all though, it was good. 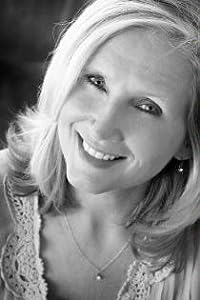 I cannot remember a time when I wasn't driven to write. I attribute this passion to a creative God and to parents who love books and more particularly to a dad who majored in English and passed on a passion for writing.
I was born in 1961 in San Diego, California, and am the second of three daughters. I spent my very average childhood in just two houses. I attended Point Loma College in San Diego, majoring in education, but I would have been smarter to major in English with a concentration in writing. The advice I give now to anyone wondering what to major in is follow your heart and choose a career you are passionate about.
I didn't do a lot of writing in the years my husband was on active duty in the Air Force, when we were living overseas, or when we were having children. When my little heirs were finally all in school, though, I became aware of a deep, gnawing desire to write a novel; a desire I managed to ignore for several years.
Finally when I could disregard it no longer, I resigned in 2002 as editor of a small town newspaper, and set out to write my first book, "Why the Sky is Blue." It took four months to write and ten months to be accepted by a publisher. But I was absolutely thrilled to sign with Harvest House Publishers in 2003. I am now working on my sixth novel for Harvest House and it's been a wonderful, thrilling ride.

A Sound Among the Trees; A Novel by WaterBrook Multnomah