Review of Lauren Carr's Blast from the Past 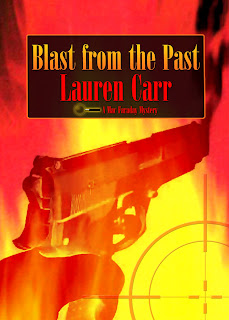 
The Past Comes Back with a Blast


In Blast from the Past, Mac Faraday finds himself up to his eyeballs in mobsters and federal agents.


After an attempted hit ends badly with two of his men dead, mobster Tommy Cruze arrives in Spencer, Maryland, to personally supervise the execution of the witness responsible for putting him behind bars—Archie Monday!


Mac Faraday believes he has his work cut out for him in protecting his lady love from one of the most dangerous leaders in organized crime; but when bodies start dropping in his lakeshore resort town of Spencer, Maryland, things may be hotter than even he can handle.


In this fourth installment in the Mac Faraday Mysteries, readers learn more about Archie Monday’s past in a flash—as in a gun fight when the syndicate comes to town. “Readers love to be surprised,” mystery author Lauren Carr says. “In Blast from the Past, they are going to be surprised to discover the secret of Archie Monday’s past, which threatens her and Mac’s future.”


Blast from the Past also takes the Mac Faraday Mysteries to a new level as his relationship with Archie Monday moves onto a whole new level. “I do listen to readers,” Carr explains. “They have been clamoring for Mac and Archie to get together for three books.”


What about Gnarly, Mac Faraday’s canine inheritance—the only German shepherd to be dishonorably discharged from the United States Army? “It’s not a Mac Faraday Mystery without Gnarly,” Carr promises. “Let’s just say Gnarly kicks things up a notch in his own way.”

Well, Lauren Carr has done it again, but I think she out did herself this time.  This was my favorite Mac Faraday novel yet.  As always there were so many twists and turns in this novel that I felt I was on one of the roads in Deep Creek Lake.  Filled with the same great characters, plus some new ones, this book really hit me in my heart.  Of course, Gnarly always steals the show, but in this book he ends up with a “best friend”.  This story gives you a glimpse of what it’s like to be in the Federal Witness Protection Program.  When Mac finds out that Archie is in the program, he of course, has to go on the case to solve the murders.  He and David end up having to solve more than one.


Like I said, this was my favorite Mac Faraday novel yet.  Great job Lauren, please keep up the good work. 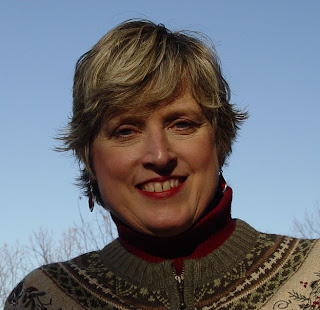 
Lauren Carr is the author of the Mac Faraday Mysteries, which takes place in Deep Creek Lake, Maryland. It’s Murder, My Son, Old Loves Die Hard, and Shades of Murder, have all been getting rave reviews from readers and reviewers. Blast from the Past is the fourth installment in the Mac Faraday Mystery series.

Gnarly loved riding in Archie’s royal blue Escalade. Mac would always order him to the back seat, which the German shepherd would ignore. Not so with Archie. When riding with his favorite lady, he was invited to ride shotgun in the front passenger seat and stick his head up through the sun roof when the feeling struck him to do so.
After climbing into the SUV, Archie noticed that the bangs of her shortly cropped blonde hair were curling funnily. That would not look good at the book club luncheon at the Spencer Inn, for which she was already running late. While the automatic garage door went up, she licked her fingertips and finger combed it.
Gnarly pawed at her arm to urge her to get moving.
“Sorry, Gnarl, I can fix them later at the Inn.” She put the car into gear and backed out of the garage, which housed Mac’s black SUV and red Dodge Viper. The last stall was still home to Robin Spencer’s yellow classic 1934 Bentley Park Ward convertible, which the late author had rarely driven. Mac had yet to drive it. He was afraid of wrecking it.
In the heart of Maryland, the cedar and stone home, known as Spencer Manor, rested at the end of the most expensive piece of real estate in the resort area of Deep Creek Lake. The peninsula housed a half-dozen lake houses that grew in size and grandeur along the stretch of Spencer Court. The road ended at the stone pillars marking the multi-million dollar estate that had been the birthplace and home of the late Robin Spencer, one of the world’s most famous authors.
Along the stretch of Spencer Point, Archie waved to the Schweitzers, who lived in the last house before crossing over the bridge, and then turned right onto Spencer Lane, which took her around the lakeshore. She noticed the Spencer police cruiser fall in behind her after she made the turn.
With her eye on the speedometer, she eased her foot on the gas to stay under forty-five miles per hour. With the other eye, she glanced at the black and gold SUV through the rearview mirror. She squinted in an effort to see who was driving.
It wasn’t Deputy Chief Art Bogart. He had his own cruiser. David was still at the station. Any of the dozen officers on the police force would have waved to her when she drove past.
I have a bad feeling about this… who’s that in the passenger seat?
The alarm inside her head kicked up the tempo a notch. The Spencer police department did not operate in teams. The force was too small. Each officer had his own cruiser and patrolled alone. If backup was needed in the small resort town, another officer would be only a few minutes away.
Something’s not right—not right at all.
The blue lights flashed on in the cruiser behind her.
“We have company, Gnarly.” She eased her SUV over to the side of the road. Through the trees on the right, she could see that the lake was tranquil. Most of the residents of Spencer were still waking up and starting their day. Across the road, the woods and trails led up the mountain on which rested the Spencer Inn, another part of Mac Faraday’s inheritance.
In her side and rearview mirror, Archie watched the two men with silver police shields pinned to their uniforms, dark glasses, and hats, get out of the cruiser. She could see by the fit of their shirts that they were wearing amour vests.
Gnarly looked over his shoulder and growled.
“Easy, Gnarly.”
While the driver approached Archie’s side, his partner came up along the rear passenger side. They were both wearing utility belts with guns, batons, and radios.
With her right hand, Archie reached into her clutch bag that she always kept tucked in between her seat and the hand break.
The driver reached around behind his back.
“Down, Gnarly.”
Gnarly lay down in the seat.
When she saw the butt of the gun come out from behind his back, Archie, her eyes on the target in her side rearview mirror, fired three shots from her pink handgun, engraved with The Pink Lady across the muzzle, over her left shoulder. The first shot took out the rear driver’s side window before ripping through the gun man’s neck. The other two went through his head before he hit the ground.
In one movement, Archie threw her right arm around to fire out the rear window at the partner who only managed to get one shot before she hit him in the lower neck. Her second shot went through his head.
The world seemed to stop.
Breathing hard, she clutched the gun and stared in the rearview mirror for any sign that they were still alive and would try again.
The next thing she was aware of was Gnarly clawing at her. When she didn’t respond, he licked her face. She had no idea of how long she had been sitting there.
“Oh, my!” She heard someone yell.
Archie opened up the car door and stepped out.
A car filled with tourists had driven up to the scene. Seeing the woman in a Chanel suit holding a pink handgun and standing over two dead police officers next to a cruiser that still had its blue lights on, they immediately became hysterical. The tires burned leather on the road when the car sped away.
After checking out the two men, Gnarly, assured that they were dead, came back to sit in front of Archie. His big brown eyes were questioning. What just happened here?
Archie knelt down and took the paw he offered her. “Well, Gnarly, it’s a long story.”