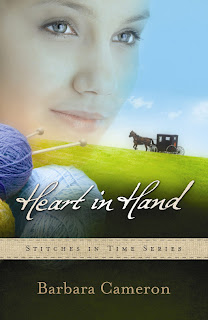 About the Book:
Anna, a knitter and the oldest of the three cousins, watches the wedding of Naomi and Nick the following fall and remembers her own wedding. A widow, Anna thinks about how short her time with her husband was; as she looks at her grandmother, she wonders if Leah is recalling her own marriage. Her grandparents were married for a longer time than she and her husband were, but Anna and her grandmother lost their spouses only months apart three years ago. Perhaps this is why they have always felt so close. Both know how hard it is to be a widow, to go on with life.
Gideon Beiler approaches Anna one day. Gideon is a wonderful, caring man. He, too, has suffered a loss – his wife, Mary, died and left him to raise their only daughter. Spring is a time for new beginnings, for love to bloom as nature thaws the earth and makes it come alive again after the long cold winter. As love begins to warm Anna’s heart again, she’s afraid to chance losing someone she has come to care so much about. Her grandmother tells her she believes Gideon may be the man God has sent for her to have a second chance at love.
Stitches in time…and place: three cousins who laugh and love and learn about life together with their warm and wise grandmother, Leah, in their special shop. Two generations of Amish women who are bound by strong threads which bind them to their creativity and their community.

As always, Barbara Cameron delivered a delightful story; the story of widow Anna and widower Gideon and their journey to be together.  They have a lot to overcome to be together.  Both are still getting over the loss of their respective spouses too early.  Anna has the support of her family, her cousins and grandmother who she runs Stitches in Time with.  They all think she should be with Gideon, but do they really belong together.  It takes a near tragedy to make Anna realize what she needs in her life.  This story was full of charming characters, like Gideon’s daughter Sarah Rose.  She stole Anna’s heart long before Gideon.  I love Barbara’s writing and look forward to reading more of her work. 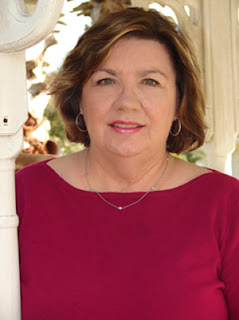 About the Author:
Barbara Cameron is the author of 35 fiction and non-fiction books, three nationally televised movies (HBO-Cinemax), as well as the winner of the first Romance Writers of America Golden Heart Award. When a relative took her to visit the Amish community in Lancaster, Pennsylvania, she felt led to write about the spiritual values and simple joys she witnessed there.
Her latest book is the Amish fiction, Heart in Hand.
WEBSITE | BLOG
Book Excerpt:
It felt like dawn would never come.
When Anna first realized that it was going to be one of those nights . . . one of those awful nights that felt like it would never end, she reached for the book she’d been reading and read for a while with the help of the battery lamp on the bedside table.
Reading didn’t help. Knitting didn’t, either, and knitting always relaxed her. Reaching for her robe, Anna pushed her feet into her slippers and padded downstairs to the kitchen. There was no need for a light for she knew her way from all the dozens—no, hundreds—of nights she’d gone downstairs in the dark.
Even before the first time she stepped inside this house, she knew it like the back of her hand. She and Samuel had drawn the plans, spent hours talking about how he and his brothers were going to build it. As soon as the house was finished, he’d started crafting furniture for it. The final piece he’d made was a cradle for the baby he hoped they’d have soon.
His sudden illness stopped him in his tracks. Leukemia, said the doctor. One day it seemed he was an agile monkey climbing up the frame of a barn he and other men were raising—just a few days later he could barely get out of bed and she’d joked he’d turned into an old man. She’d insisted that he see a doctor and reluctantly he’d done so.
Six months later, he was gone and she’d shut the door to the room with the tiny crib. She buried her dreams the day she buried Samuel.
She filled the teakettle and set it on the stove to heat. How many cups of tea had she drunk in the middle of the night? She wondered as she reached for a cup and the box of chamomile tea bags.
Before Samuel had died, she’d heard about the seven stages of grief. She’d been naïve. You didn’t go through them one by one in order. Sometimes you walked—faltered—through them in no certain order. Sometimes they ganged up on you when you least expected them.
And sometimes—it felt like too many times—no one seemed to understand.
She couldn’t blame them. The only way she got through the first month, the first year, was to put on a brave face and pretend she was getting through it. There was no way she could get through it otherwise—she’d shatter into a thousand pieces that no one would be able to put back together again.
Humpty Dumpty, she thought wryly. Then she frowned, wishing that she hadn’t thought of the childhood story. A closed door didn’t keep out the memory of the tiny crib that lay behind it.
The teakettle’s piercing whistle broke into her musing, its sound so sharp and shrill that she put her hands over her ears to block it while she got up to take it off the flame. She poured the hot water over the tea bag, took the mug back to the kitchen table and sat there, dipping the bag in and out of the water.

Finally, she pulled the bag out and set it on the saucer. Sighing, she massaged her scalp and wondered if she should take an aspirin to stop the pain. Then she flicked her hair behind her shoulders and hunched over the cup. In a minute, she’d get up and get the aspirin. Her mind might be awake, but her body felt tired and full of lead.
As she trudged back up the stairs a few minutes later, she heard something—it sounded like a laugh, a high, excited one that went rushing past her up the stairs. She watched, tired, leaning against the wall as she saw herself—lifting the hem of her nightgown so she wouldn’t trip—Samuel reaching for her as she flew up the stairs to their room.
She blinked, not sure if she was dreaming or seeing a ghost of the two of them, so young and in love, so unaware that anything bad could touch them.