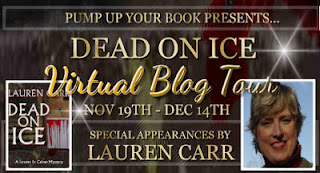 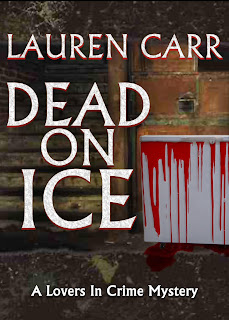 About the Book:
In this Loves in Crime Mystery, Spunky Pennsylvania State Homicide Detective Cameron Gates is tasked with solving the murder of Cherry Pickens, a legendary star of pornographic films, whose body turns up in an abandoned freezer.
Dead on Ice is the first installment of Lauren Carr’s new series (Lovers in Crime) featuring Hancock County Prosecuting Attorney Joshua Thornton and Pennsylvania State Police homicide detective Cameron Gates.

In this Loves in Crime Mystery, Spunky Pennsylvania State Homicide Detective Cameron Gates is tasked with solving the murder of Cherry Pickens, a legendary star of pornographic films, whose body turns up in an abandoned freezer. The case has a personal connection to her lover, Joshua Thornton, because the freezer was located in his cousin’s basement. It doesn’t take long for their investigation to reveal that the risqué star’s roots were buried in their rural Ohio Valley community, something that Cherry had kept off her show business bio. She should have kept her hometown off her road map, too—because when this starlet came running home from the mob, it proved to be a fatal homecoming.

Lauren Carr is an amazing writer. I love her work and Dead on Ice didn’t disappoint. I’ve read two of her Mac Faraday books, and this the first Joshua Thornton book that I have read.


Joshua and his girlfriend, PA State Trooper, Cameron Gates are a great team. In Dead on Ice they end up solving two murders, both from the past.  There is a great cast of characters.  As always, Lauren Carr keeps you guessing throughout the story as to who the murderer or murderers are. This was a fast read, it had a great plot, was well written, had the right amount of humor, and it kept my attention throughout. Great job Lauren, I can’t wait to read more of your work, I love it.
I did my review for Lauren's tour with Pump Up Your Book Virtual Blog Tours.  I received a complimentary copy of the book for my honest review. 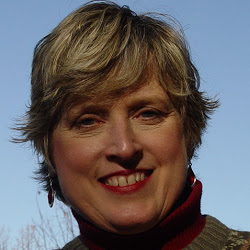 About the Author:
Lauren Carr fell in love with mysteries when her mother read Perry Mason to her at bedtime. The first installment in the Joshua Thornton mysteries, A Small Case of Murder was a finalist for the Independent Publisher Book Award. A Reunion to Die For was released in hardback in June 2007. Both of these books are in re-release.
Lauren is also the author of the Mac Faraday Mysteries, which takes place in Deep Creek Lake, Maryland. The first two books in her series, It’s Murder, My Son and Old Loves Die Hard have been getting rave reviews from readers and reviewers. Lauren’s fifth mystery, Shades of Murder has been receiving rave reviews since its release.
Lauren’s sixth book, Dead on Ice,will be released in Fall 2012. Dead on Ice will introduce a new series entitled Lovers in Crime, in which Joshua Thornton will join forces with homicide detective Cameron Gates.
The owner of Acorn Book Services, Lauren is also a publishing manager, consultant, editor, cover and layout designer, and marketing agent for independent authors. This spring, two books written by independent authors will be released through the management of Acorn Book Services.

Lauren is a popular speaker who has made appearances at schools, youth groups, and on author panels at conventions. She also passes on what she has learned in her years of writing and publishing by conducting workshops and teaching in community education classes.
She lives with her husband, son, and two dogs on a mountain in Harpers Ferry, WV.
Visit her websites at www.acornbookservices.comand www.mysterylady.net.

Posted by MelinaMason at 7:08 AM