Blog stop for A Stop in the Park 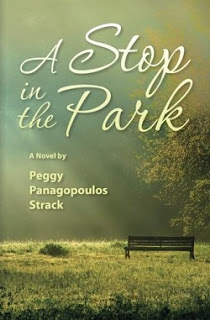 Michael Stolis, a DC attorney, is frustrated by twelve hour work days, tightly scheduled weekends and his family's chaotic habits. He explodes over minor irritations like being stuck in traffic, and his tantrums need to stop. His disillusioned wife, Jamie, is sick of his anger outbursts, and wants him out of her life. Michael longs to reignite the passionate love they once felt for each other. Jamie prefers to spend her time fostering illicit Internet relationships. Michael had simply followed his Greek father's instructions for a successful life, but something went terribly wrong. A lucrative career, a Georgetown brownstone and a BMW coupe didn't deliver happiness as promised.


When his family is about to implode, Michael finds hope through Rufus, an astute retired bus driver he meets over a game of blitz chess in Dupont Circle. Michael is intrigued by Rufus's prescription for fulfillment, but is it too late to change a life, chase a dream, revive a marriage? Michael must decide how much he is prepared to lose if he embarks on a quest so very different from the world he created. Touching, romantic, and deeply provocative, A Stop in the Park, follows the story of a man and a woman who yearn to escape the trap of the modern American dream.

This novel  absolutley mesmerized me.  This was so well written, it just flowed.  Peggy Strack did and excellent job on this book and I highly recommend it.  I especially recommend it if you are in a rocky relationship like Michael and Jamie.  Michael meets Rufus in Dupont Circle and by meeting Rufus, he changes his life and in the process Jamie changes hers as well.  They end up following their dreams, even though it may be rough, but they know that they will be happier.
This is a novel that once you start reading it, you can't put it down.  The only bad thing about it is, I want to know more.  I want to hear more of Michael and Jamie's story as well as more about Rufus.  I think Peggy could make a series out of this very easily.  She even introduced some characters at the end that I would like to get to know better.  Peggy did so well writing this, that I feel I know Michael and Jamie personally and I can honestly tell you, I rooted really hard for them to find their way.  Thank you, Peggy Strak for writing such a wonderful story.  I loved it. 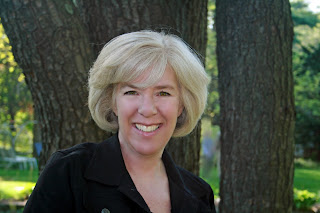 Peggy Strack writes popular fiction about challenges people face in the fast-paced and daunting contemporary world. She is excited to launch her debut novel, A Stop in the Park, the story of Michael and Jaime Stolis, a disillusioned married couple who yearn to escape the trap of the modern American dream. Peggy hosts the award winning blog, "Kick Back Moments," for the Saratogian Newspaper. She studied fiction at Skidmore College, The New York State Writers Institute and East Line Books and Literary Center. She is a speech-language pathologist living in Saratoga Springs, NY with her husband, Keith. Peggy has two adults sons enjoys an active lifestyle that includes hiking, kayaking, and skiing.
Places to buy the book: Amazon.com and through bookstores (more to come)
Website: www.peggystrack.com
E-mail: pstrack8@gmail.com
Blog: http://pstrack.blogspot.com
Excerpt:
In this scene a confused Jamie Stolis contemplates whether she should flee from her volatile yet secure marriage:
Jamie traipsed into the kitchen and poured coffee into a blue stoneware mug that she bought at a pottery shop when she and Michael went hiking in Wyoming. She circled the rim with her finger. They took that trip eight years ago. She couldn’t help but smile as she recalled how Michael imitated an agitated bison they had seen in Yellowstone Park. Thank God they were in the car, because the open mockery could have provoked the beast to charge if they were with it on the prairie. She furrowed her eyebrows. What had happened to her husband’s silly side?
Jamie sipped her coffee and swayed. The air felt light. She picked up the salt shaker and sprinkled tiny white crystals onto the counter. No one screamed, “Why’d you do that?” She could leave the salt there for three days, and no one would care. Jamie smiled and spun around. This must be how a duck feels when a snapping turtle leaves the pond. She sat on a stool at the island and clasped the oversized mug. The warmth from the coffee seeped into her